The Cape landscape is extremely ancient – indeed, it is made up of some the oldest rocks in the world. The first layer was shale, deposited 1000 million years ago in a marine environment. These mudstones and silts have weathered to form a fertile clay soil, underlying the Cape’s famous agricultural regions and now covered in wheat fields and apple orchards.

Next is Cape Granite, originally molten rock formed below the Earth’s crust some 540 million years ago and since forced up and exposed to the elements. Hard and coarse-grained with minerals and quartz, the granite is easily seen as the massive rounded boulders of Camps Bay and Boulders Beach as well as lining most of the Atlantic seaboard. It also underlies the vineyards of Constantia and the Cape Winelands – you’ll notice how the vineyards follow the lower rolling granite slopes of these mountains and go no higher. 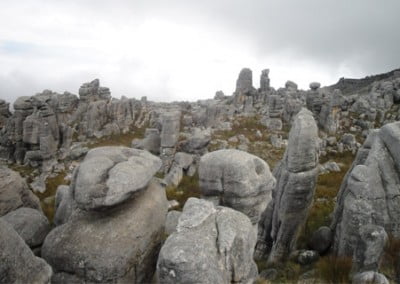 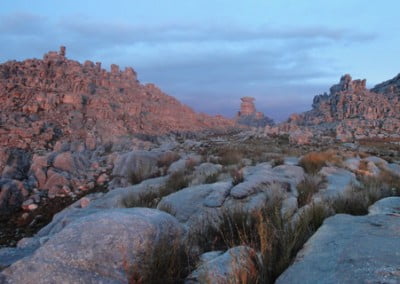 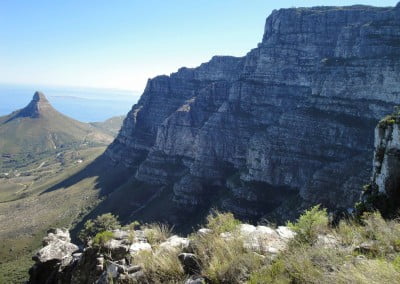 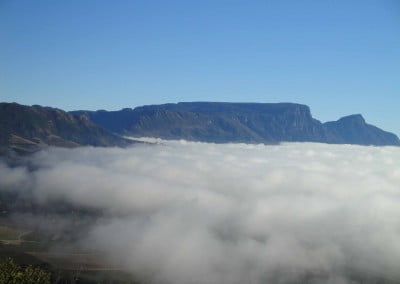 The most recent rock is sandstone – the rock you see every time you look at any of these mountains in the Western Cape. From 500 million years ago layers of sand were deposited in what was then a shallow sea. Huge amounts of sand were laid down, up to 6000 metres according to one source, only to be pushed skywards as the southern continents collided to form Gondwanaland.

The subsequent erosion of millions of tons of sand placed pressure on this super-continent which broke up to eventually form the southern hemisphere’s familiar configuration we know today. What Gondwanaland left behind is what you see today, a craggy mass of peaks, averaging between 1 000 and 1 500 metres above sea level with peaks rarely topping 2 000m.

The sandstones erode (with difficulty – they are very hard) into exceptionally poor soils. Lacking in nutrients, coarse, well-drained and acidic (PH 4.4 – 7.0) they are in fact they are among the world’s poorest soils. This is of course their saving grace: the Cape’s fertile clay and granite soils have since been claimed for agriculture – the sandstone soil can only support the highly-adapted fynbos vegetation. 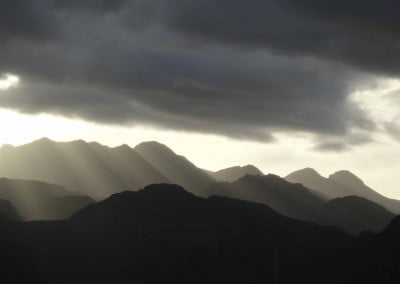 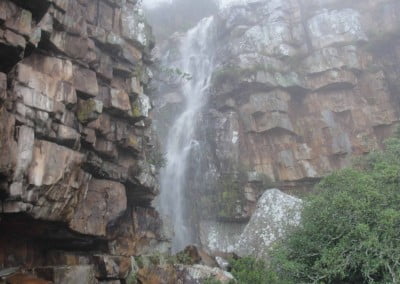 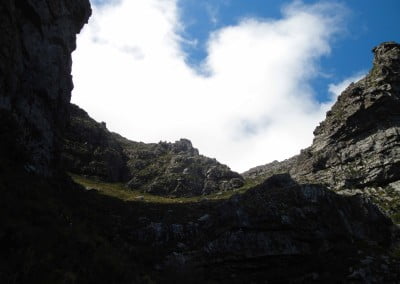 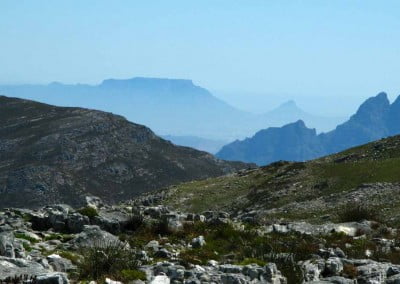