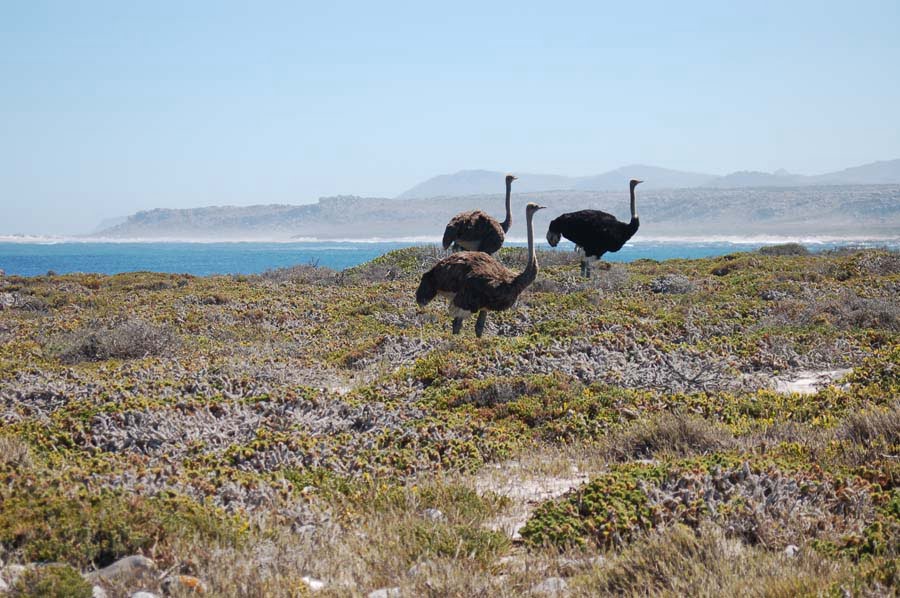 It must be said that the name of the place doesn’t sound that enticing: Gifkommetjie loosely translates as ‘small poison bay’ and you’ll have to clear your throat to pronounce it properly (‘hif-comma-key’ is about right). But although it’s only a short drive from the ever-busy Cape Point car park and lighthouse, Gifkommetjie is one of the least visited parts of the Cape of Good Hope Reserve. Take a hike there and you probably won’t see another person.

The trail opens with panoramic views of Gifkommetjie’s unspoilt beaches.

The trail begins on top of a rocky ridge with panoramic views of the Atlantic Ocean. Burnt to the ground several years earlier, the fynbos vegetation is in the process of regenerating and there are thousands of seedlings all growing as fast as they can. The path gently takes you off the ridge and onto grassy coastal plains where you can now see the reason why this area has its poisonous reputation: a plant, writhing like a nest of vipers – Medusa’s Head. 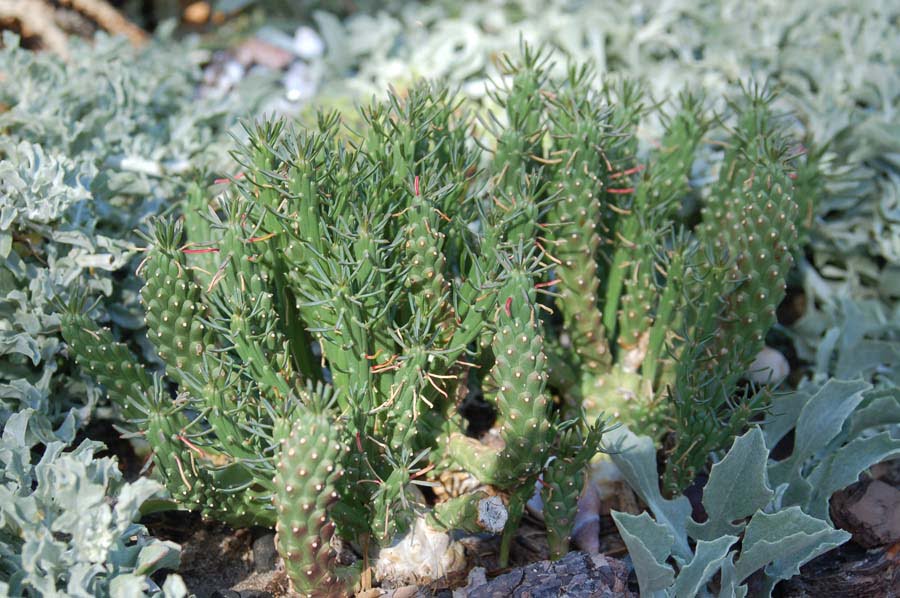 Medusa’s Head – the toxic plant after which the area is named – ‘gif’ is poison in Afrikaans.

A member of the Euphorbia family, Euphorbia caput-medusae contains a white milky sap that is toxic to livestock though indigenous antelope such as eland can eat it without ill effect. Two hundred years ago, the settler farmers of Gifkommetjie must have had a hard time of it, scratching a living from the sandy soil and watching their goats and sheep succumb to poisonous plants. But the seemingly hostile landscape is in reality teeming with life, especially as you near the ocean. Bontebok antelope graze on coastal grasses and even wander onto the beach; foraging ostrich families wander in and out of view; and everywhere you see birds – gulls, terns, cormorants and oystercatchers.

Once threatened with extinction, bonteboks are the most commonly seen antelope in the reserve.

The trail is at its floral peak in August and September in terms of the abundance of flowers but this is a year-round hike with something surprising in store every time. On this March visit, there were dozens of Chandelier Lilies – Brunsvigia orientalis – to catch the eye. The bright colour is to attract the red-obsessed Table Mountain Beauty butterfly; the extraordinary, multi-armed shape serves as a seed-dispersal machine: after the flower has died and dried out, it is then snapped off at the base by the wind and blown about like a ball, scattering its seed all over the place.

The alien-like flower of the Chandelier Lily, bursting out of soft, dry & largely sterile sand. 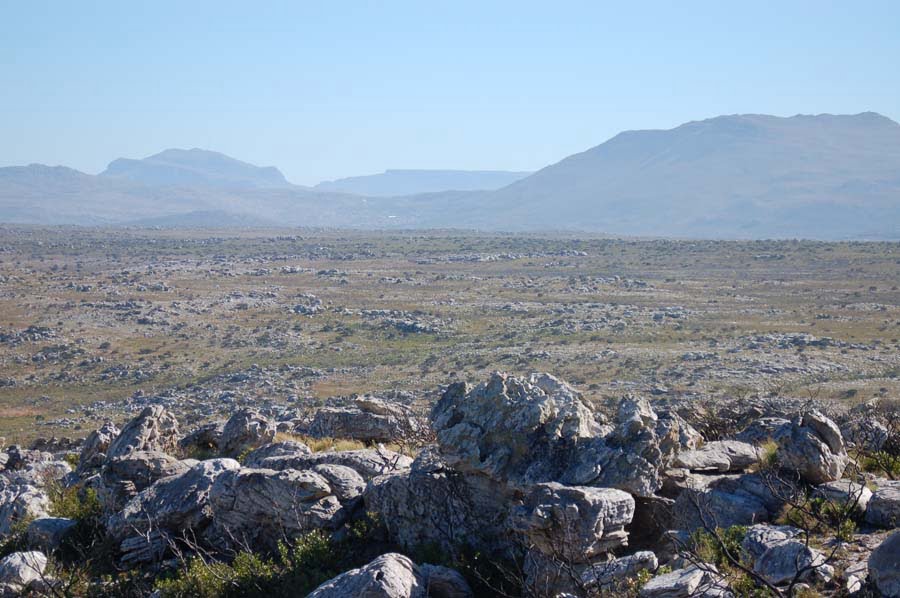 Stepping onto the beach gives you another side to the environment. Don’t be fooled by their languid air – these are high-energy beaches, full of food and bursting with life. After all, no less than 5% of the world’s marine coastal species (plant and animal) live in the waters surrounding the Cape Peninsula, and if you have timed your walk with low tide, then a treasure box waits for you below the high tide mark.
Gnarly fingers of sandstone jut out into the sea and in their clear-water runnels and scooped pools you’ll see anemones and predatory whelks as well as grazing limpets and lightning-quick rock fish. And because Gifkommetjie is so remote, its beaches are also ankle-deep in shells – hundreds of thousands of washed-up shells ranging from soup-bowl sized abalone to pin-head sized periwinkles. There are also bird skulls and seal bones, cuttlefish plates and great sheets of kelp; it is easy to see how Homo sapiens has made a living at the Cape since the Early Stone Age.

Hidden in a clear-water crevice, anemones catch their prey via their stinging tentacles.

The massive accumulation of washed up shells & bones makes a mesmerising sight.

The path wanders idly along a wave-cut terrace – where the ocean used to be – and you loop back to the car park. Warm sunny days bring out reptiles on the trail – lizards are common, tortoises too during the spring and early summer months – and there is bigger stuff too. On this particular walk we attracted curious gazes from a trio of ostriches and we saw two different troops of baboons feeding in the fynbos, digging up bulbs and chewing seeds out of protea cones.

Ostriches are an intimidating size – it’s easy to see how they are the descendants of dinosaurs.

Baboons forage for food in fynbos but these troops also work the inter-tidal zone when they can, catching crabs & shellfish.

There is only one uphill part to the trail – a short huff and puff as you come off the beach and back onto the ridge. Up until then, the trail is downhill or flat. And since it is only a half-day hike, there is time to fit in the penguins of Boulders Beach beforehand and even a quick visit to Cape Point itself if you want that iconic photograph. Suitable for all ages, it makes an easy family hike as well as a great one for birders, wildlife-lovers and those who simply want to get off the beaten path.