It’s been seven weeks since fire devastated the central mountains of the Cape Peninsula but they are already turning green. Fresh new leaves are everywhere you look, pushing skywards with unmistakable urgency; after all, fire in the fynbos is nothing less than the floral equivalent of the signal from a starter’s gun: You want full sun, no competition and all those new nutrients? Ready, set, GO! 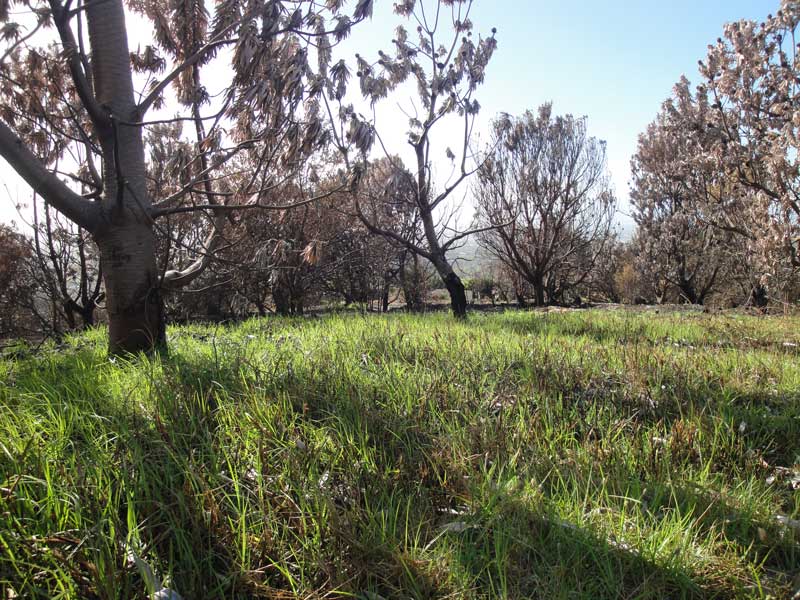 A green carpet lies beneath burnt Silver Trees but their seeds have scattered.

First out of the blocks are the so-called re-sprouters – plants that grow back from their fire-blackened stumps. The most obvious is Bergpalmiet (Tetraria thermalis), a clump-growing sedge that erupts into life just days after being apparently incinerated, its long green leaves growing like grotesque twirling fingernails. At your feet lie spiky tufts of reed-like restios, resembling green hedgehogs as their stalks power upwards. 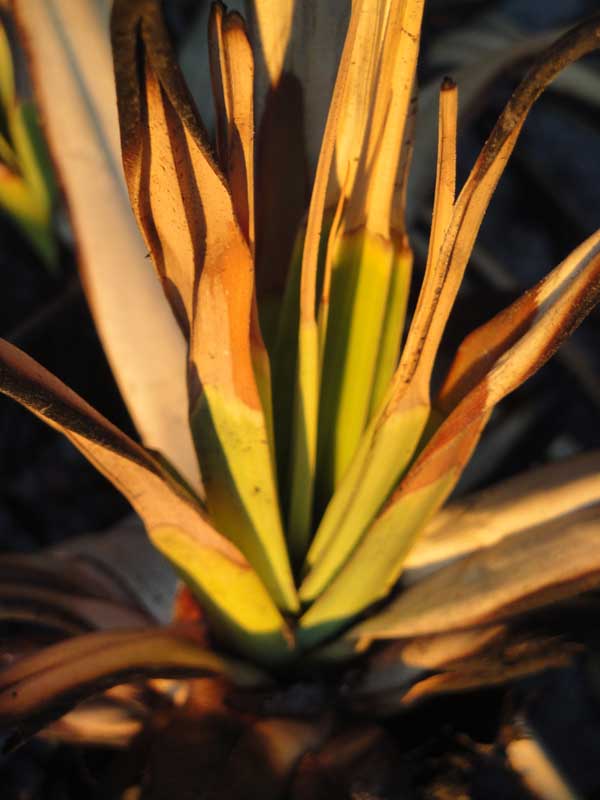 Green leaves push up from a charred Bergpalmiet stump within a couple of weeks. 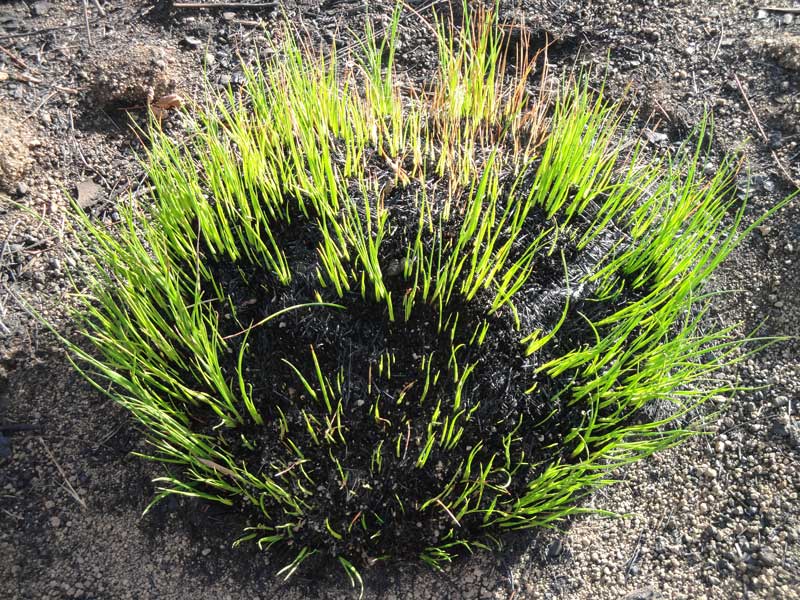 Then there are the bulbs, protected from flames by their underground home. Irises, orchids and hyacinths are triggered into germination by the chemicals released by fire or perhaps a heat pulse. The bulbs fling out leaves that grow almost perceptibly as they rush to take advantage of the favourable new conditions. 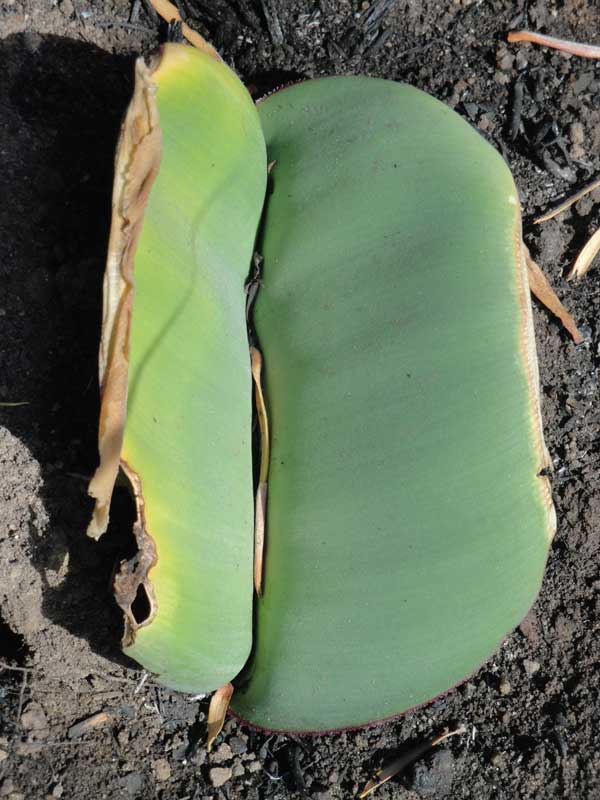 Odd-looking leaves appear after a week or so, promising an extravagant flower. 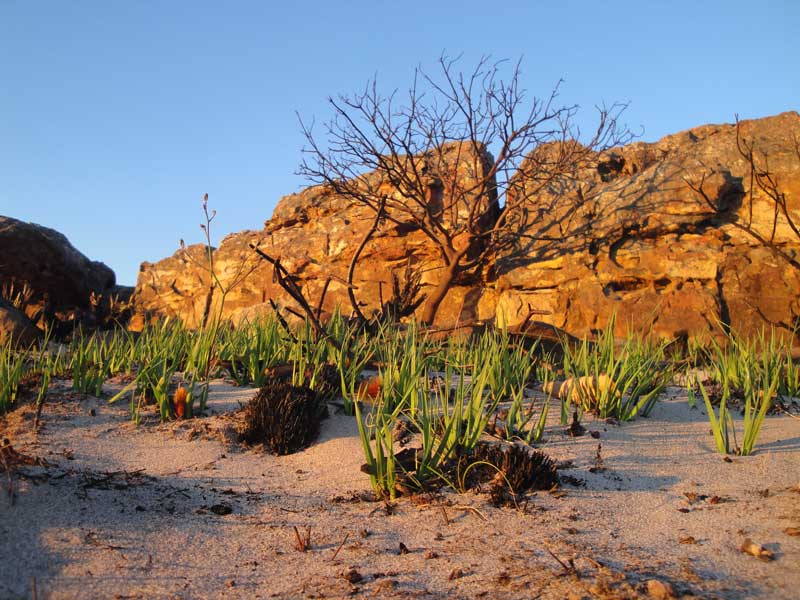 The tall, spear-shaped leaves of Watsonia irises are seen within days of the burn. Signalling the presence of a large underground bulb, their appearance was welcomed by the indigenous Khoisan people in pre-colonial days. Boiled or roasted on coals, Watsonia bulbs – called uintjies (onions) by Dutch settlers – are edible and were a vital food source for the Khoisan. Indeed, some historians argue that human distribution in this corner of the Cape was in part determined by the availability of fire-loving uintjies. Consequently, this landscape most likely burned – deliberately so – more often than today.

Whatever the historical debate, the fynbos isn’t waiting around. Thick drifts of protea seeds lie in scraps of shelter. Having exploded out from their burnt-open cone, the seeds used their feathery parachute to help them on their way. Now they need to germinate fast: rodents and birds are feasting on the calorie-rich seeds and less than 1% of them will reach maturity in 15 years time. But the seeds have a trick up their sleeve: opening during the day and closing at night, the hairs of the parachute drive the seed into the ground, safe from predators and ready for rain. 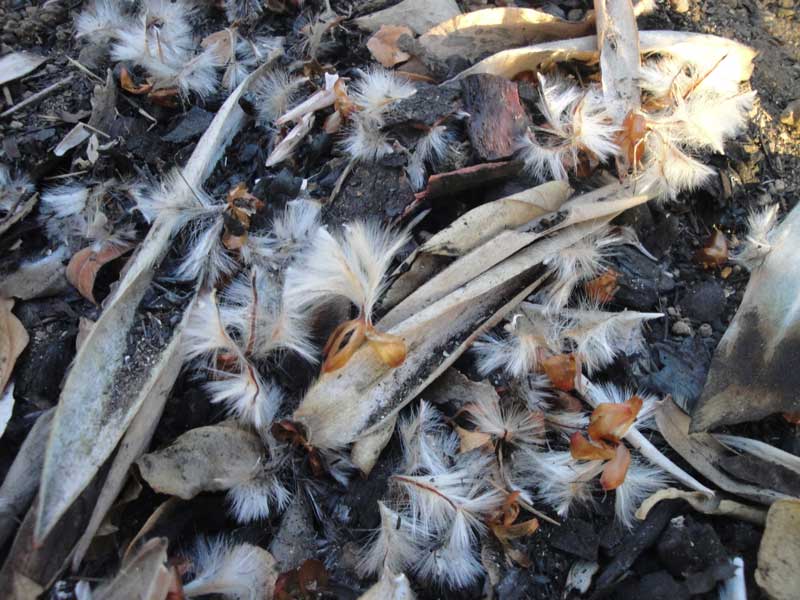 Protea seeds have flown from their parent tree – time to start growing!

Other pioneering plants are in a hurry too but none can match the Fire Asparagus (Asparagus lignosus) in a flat-out sprint. Bursting from the bare sand with trembling casualness, it is a metre high after a fortnight and flowers soon after. 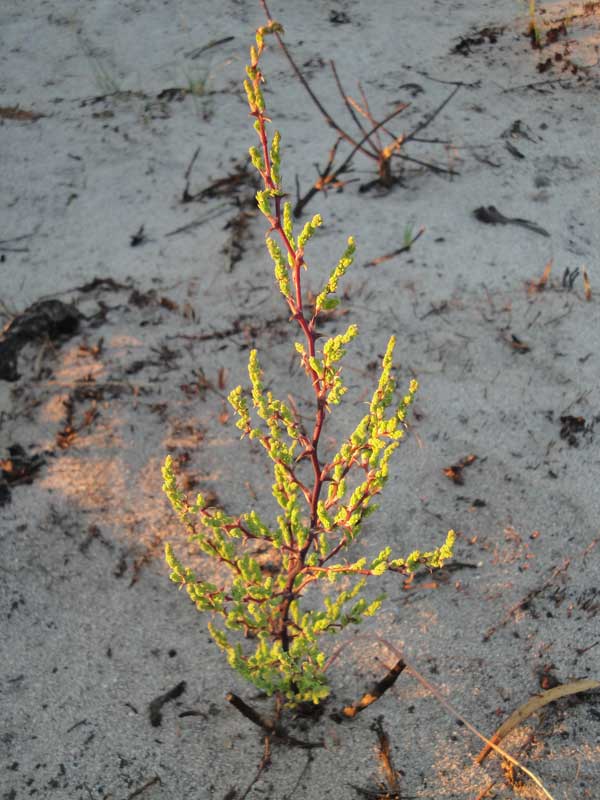 The Fire Asparagus bursts out of the ground within two weeks. 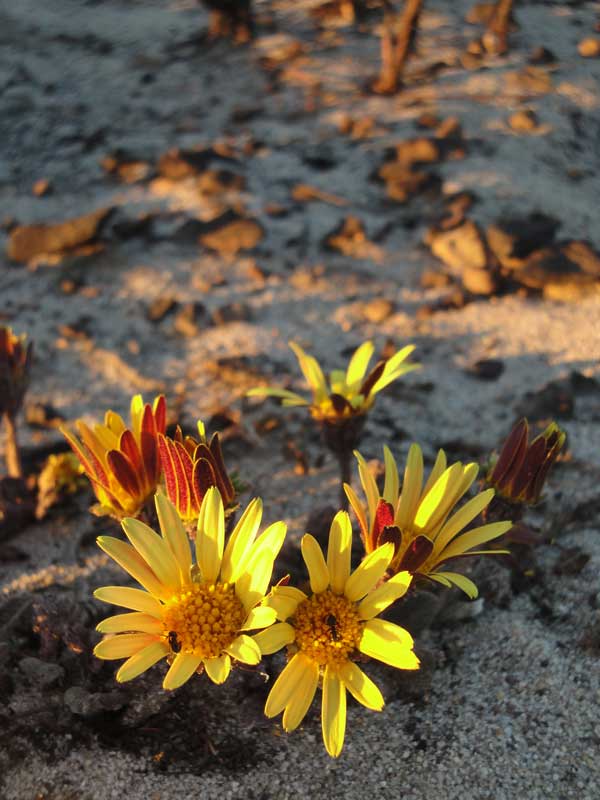 Brandbloms are up & flowering within three.

And then there are the fire-specialists – plants that flower directly after fire. Most of the time they sit underground biding their time as bulbs or seeds; stung into life by the trauma of fire, they flower within weeks. The very first ones tend to be yellow Brandbloms – Fire Flowers (Haplocarpha lanata), a simple-looking daisy but soon the mountainside is red-flecked with bizarre Paintbrush Lilies (Haemanthus sanguineus), a type of amaryllis that seems almost audacious in its design. 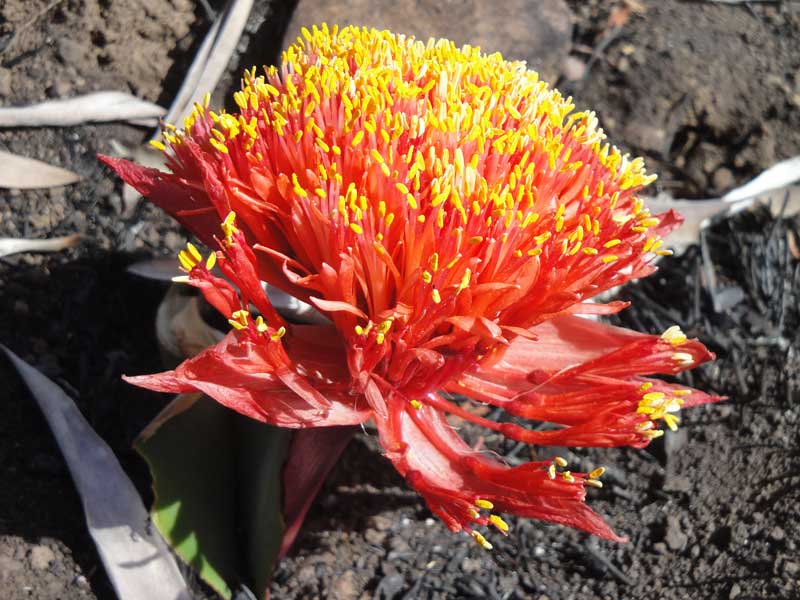 The Paintbrush Lily’s startling appearance is a reminder that more bizarre-looking flowers await.

It’s autumn in the Cape now. The rains are beginning just as the temperature and wind die down: ideal growing conditions. The pioneering plants have set the pace; others are now waking up and getting ready; seeds are blowing in from unburned patches of fynbos; charred bushes are sending out green shoots; great waves of flowers are preparing themselves. Here comes the show.

Big bushes survive the fire: their dormant buds are activated by heat & smoke. 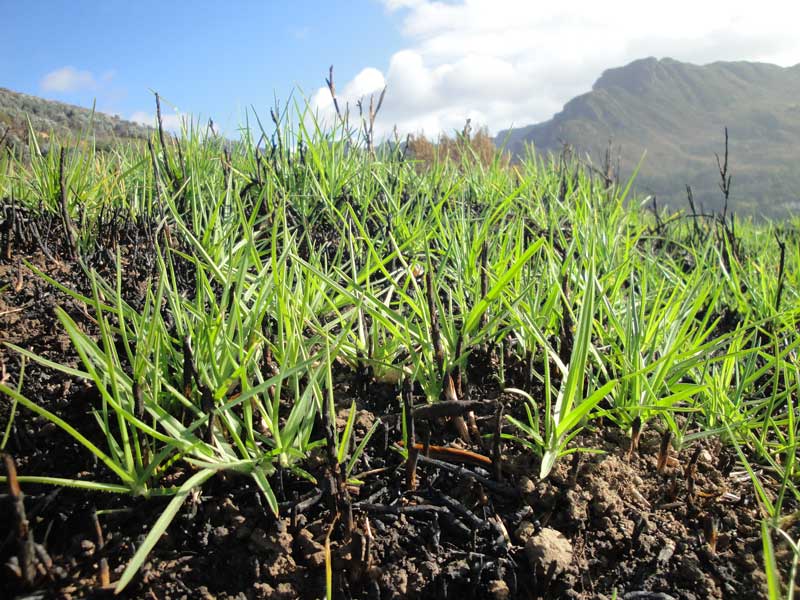