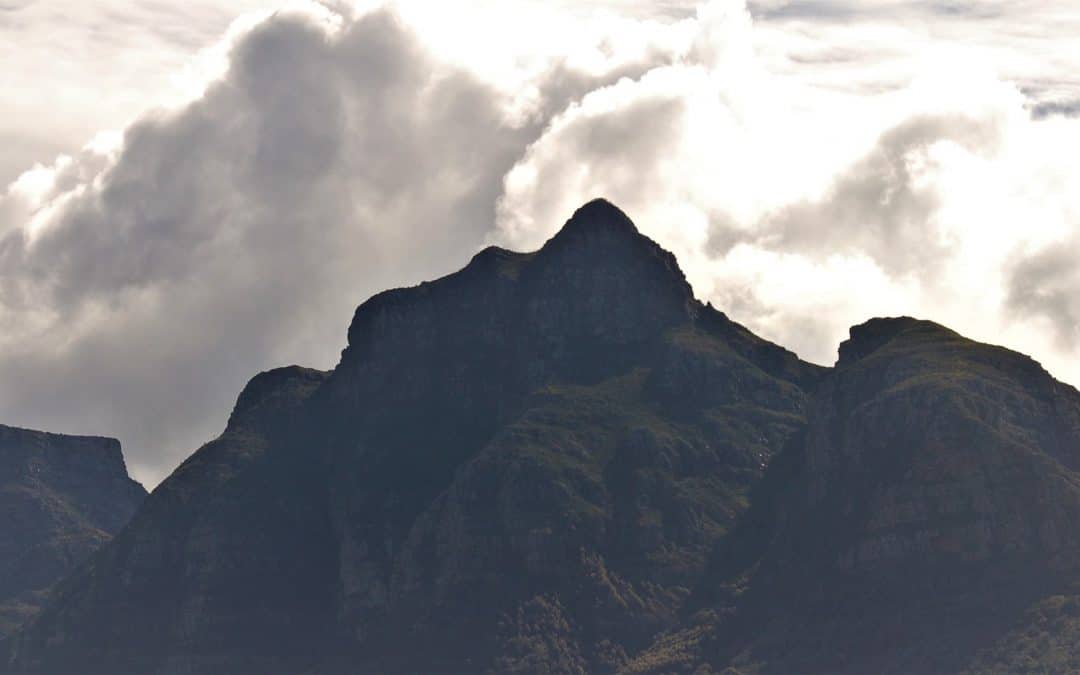 It’s pure coincidence that my hiking partner for Devil’s Peak is called Nick. And anyway, he’s not especially old though come to think of it he does have a bit of an impish grin. Be that as it may, Devil’s Peak, named after a fabled encounter between a Dutch settler – Jan van Hunks – and the Devil himself, presents hikers with perhaps the most underrated – and certainly underused – walk on the Cape Peninsula. 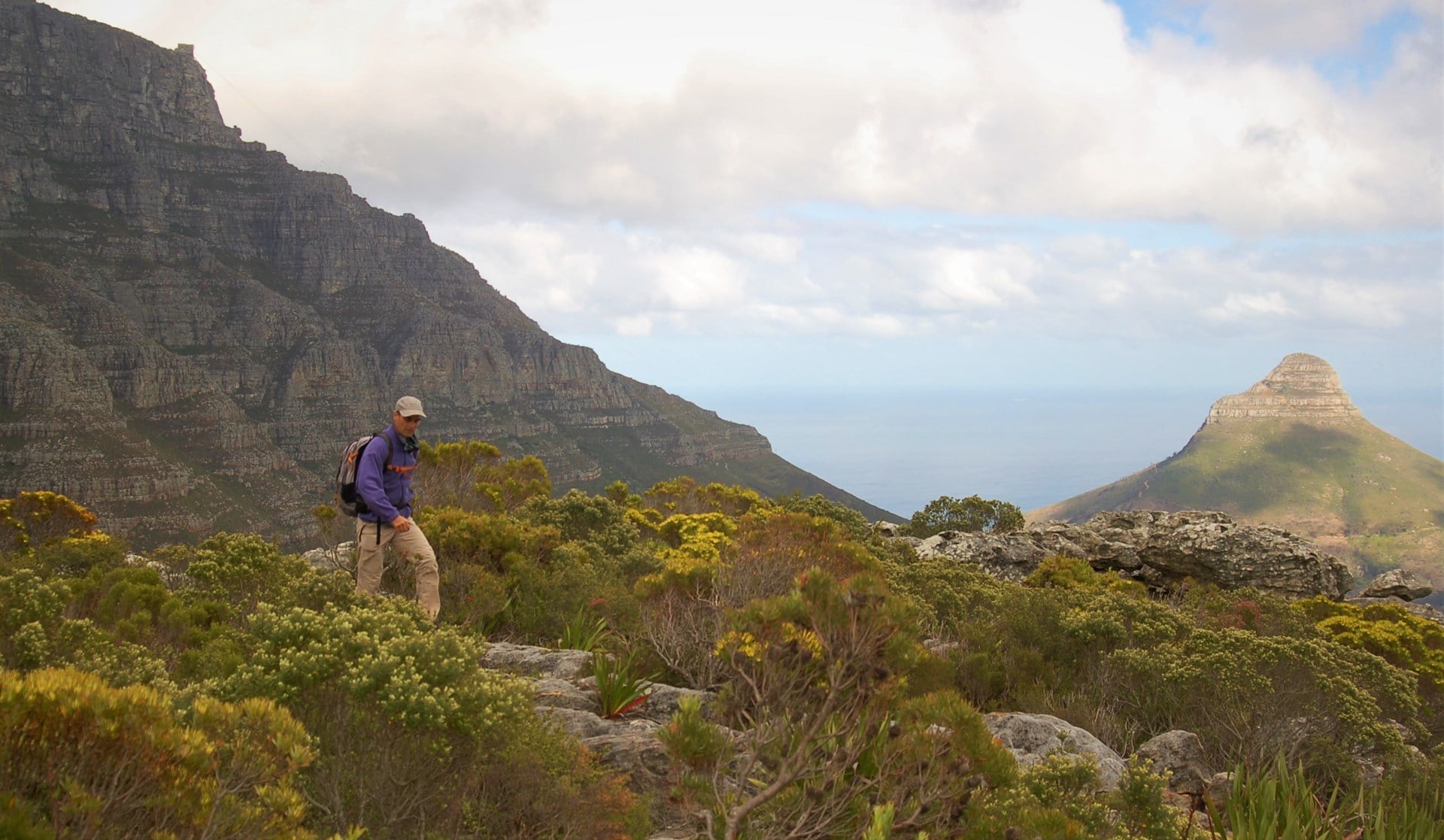 Table Mountain & Lion’s Head form the backdrop on a Devil’s Peak hike – it’s hard to believe a city of 4 million people lies just out of sight.

A craggy mass of sandstone with a top as pointed as a witch’s hat, Devil’s Peak is as much a part of Cape Town’s skyline as Table Mountain and Lion’s Head. At a thousand metres above sea level, it stands almost as tall as Table Mountain and has views from the summit that take in two oceans and hazy-blue mountain ranges. But Devil’s Peak attracts only a tiny number of hikers compared to its more famous neighbours which is a pity: it’s a fairly easy walk up to the top through some of the best fynbos on the peninsula and an opportunity to observe a phenomenon known as beta diversity. 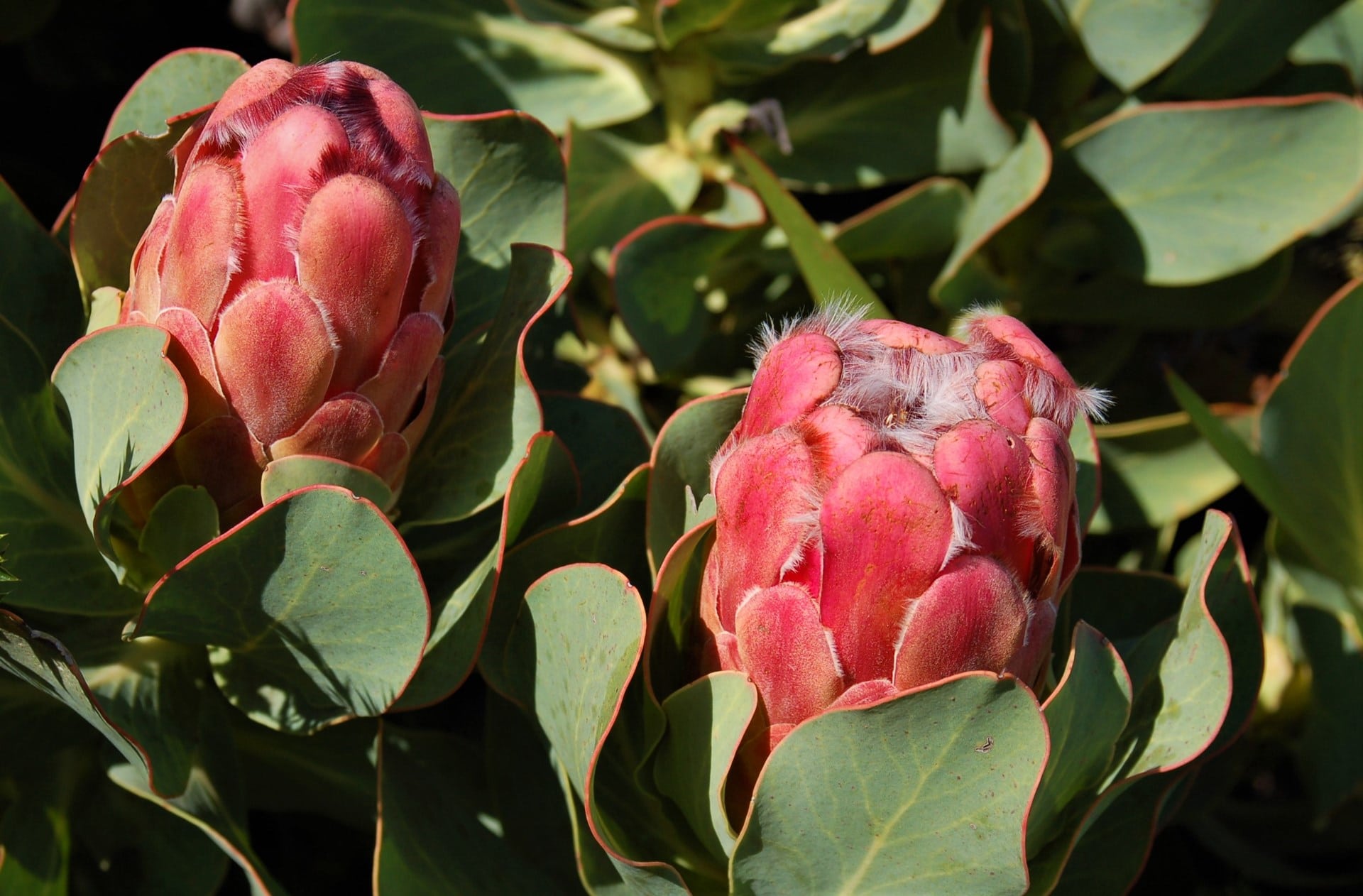 Protea grandiceps – the Red Sugarbush – has been reintroduced to Devil’s Peak after becoming locally extinct.

Beta diversity measures the change in diversity of animal and plant species as you move from one environment to another – in other words, you’re comparing how many species are not the same in two different environments. It’s particularly noticeable in fynbos because the local landscape changes so quickly and so radically; Devil’s Peak is a good example – a steeply rising mountain buffeted by weather from two different oceans, baked by the sun on one side and plunged into shade on the other. Add the geological mix – a shale bedrock punctuated by granite intrusions and overlaid with sandstone – throw in a fire regime and what appears to be a simple pointy mountain turns out to be a hotspot of natural diversity with plant species changing with every few metres of height gained. 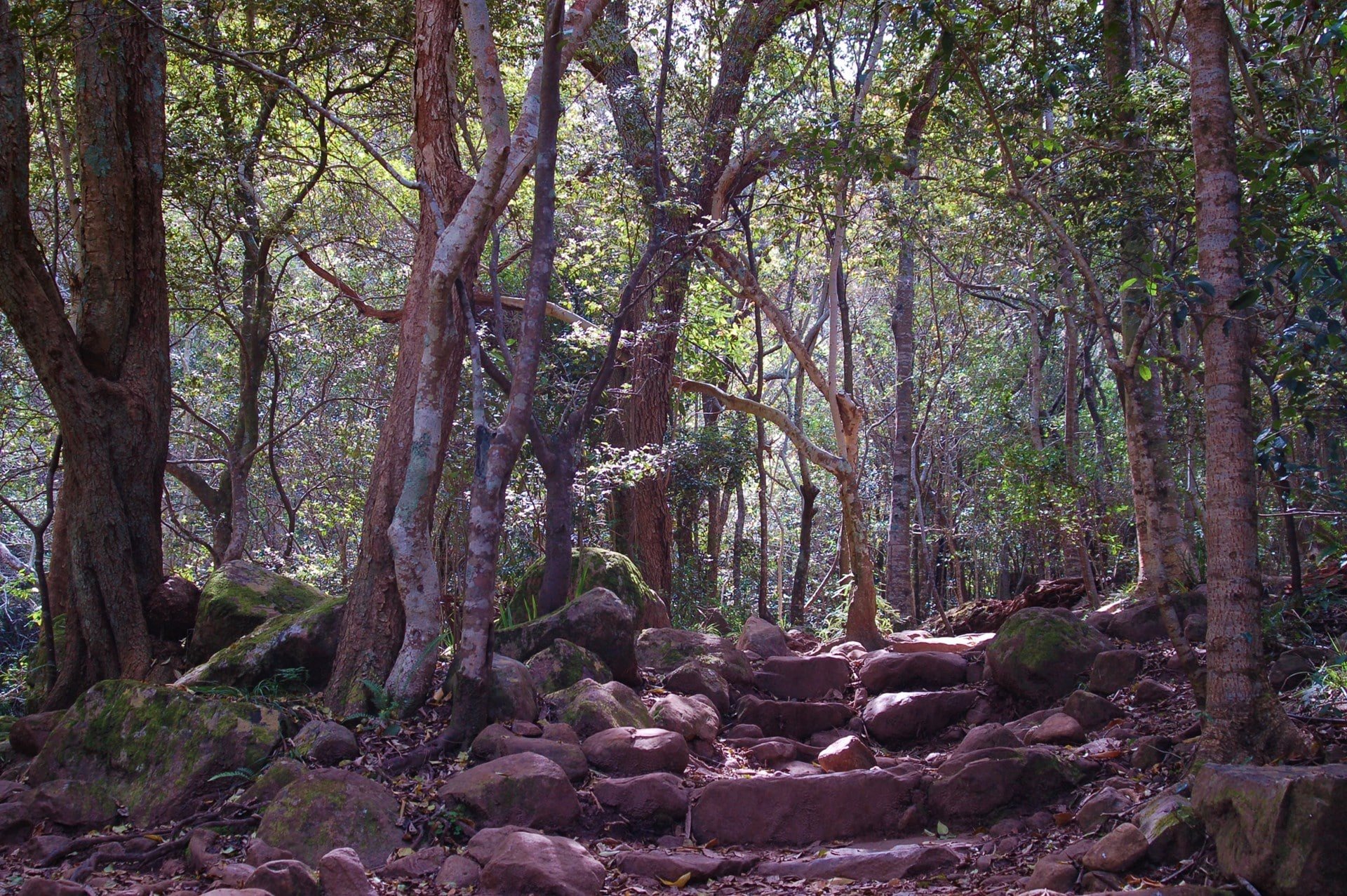 Afromontane forest provides generous shade on the east-facing slopes of Devil’s Peak, the wettest part of the Cape Peninsula.

And natural diversity – as our species is slowly and somewhat belatedly beginning to realise – is a good thing: it makes us healthier. The Cape’s earliest inhabitants – the Khoisan – knew this and used the changing landscape of Devil’s Peak in various ways: grazing their livestock on the grassy lower slopes, burning the mid-altitude fynbos to encourage the emergence of iris bulbs for food, and tapping into the mountain’s high altitude springs for water in summer. The European settlers noted its potential too: a tin mine was briefly established on its foothills and large areas of Devil’s Peak were once planted for forestry. 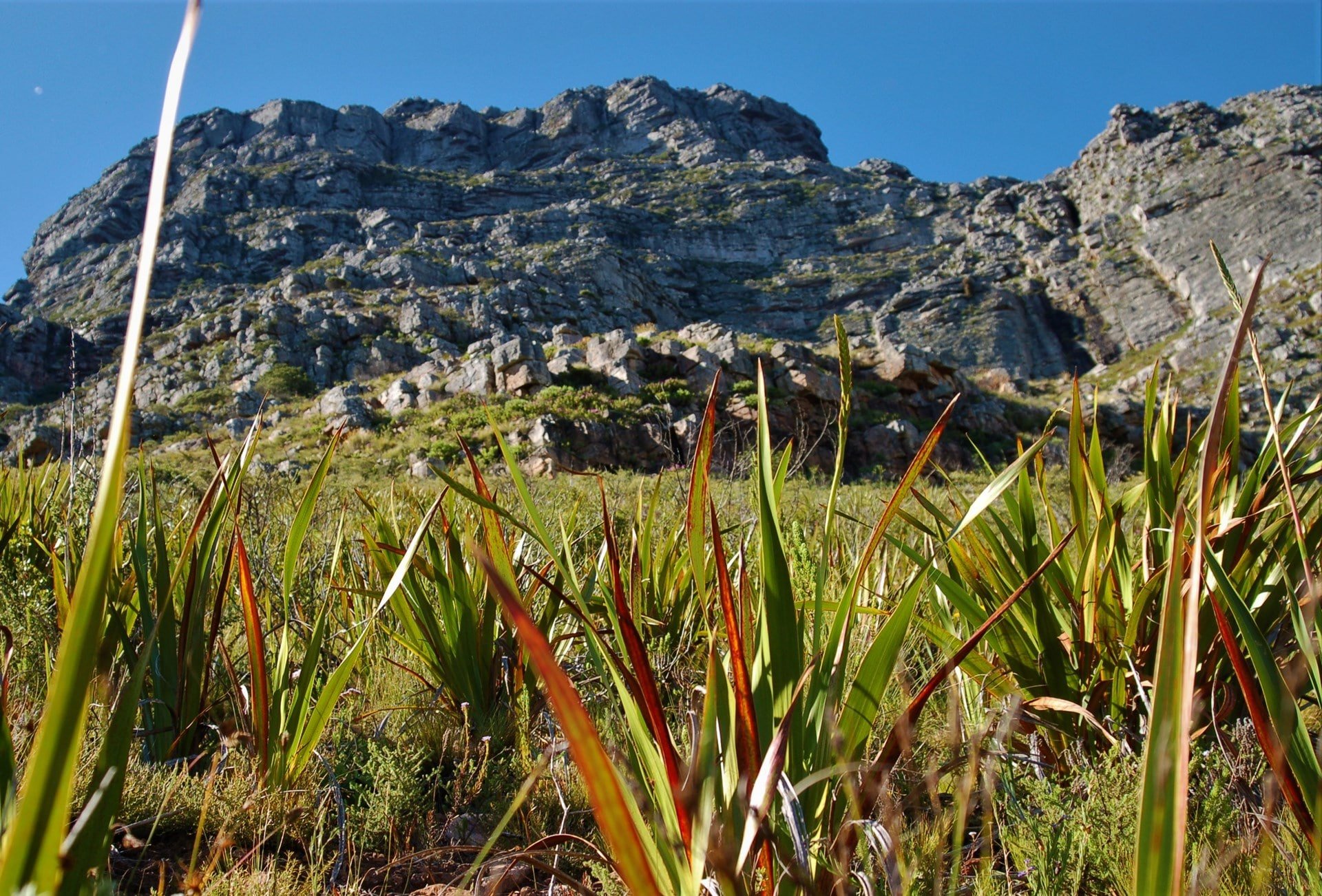 Until a hundred or so years ago, this was a welcome sight for foraging humans: a flush of post-fire Watsonias, their corms ready to be dug up & eaten.

But Devi’s Peak has always been too steep-sided for serious development and anyway, there is another aspect to the mountain I have failed to mention so far: an older, Dutch name for Devil’s Peak is Windberg – Windy Mountain – and it certainly lives up to it. Cape Town’s weather is largely dictated by ‘the south-easter’, a stream of wind that roars off the Indian Ocean and collides with Table Mountain. One half of the south-easter leaps over the eastern arm of Table Mountain – the Newlands side – and thunders down its western arm – the 12 Apostles – to blow startled holiday-makers off their pool loungers in Camps Bay. The other half whips around Devil’s Peak leaving it covered in clouds and stinging rain before ploughing into central Cape Town like a runaway train. 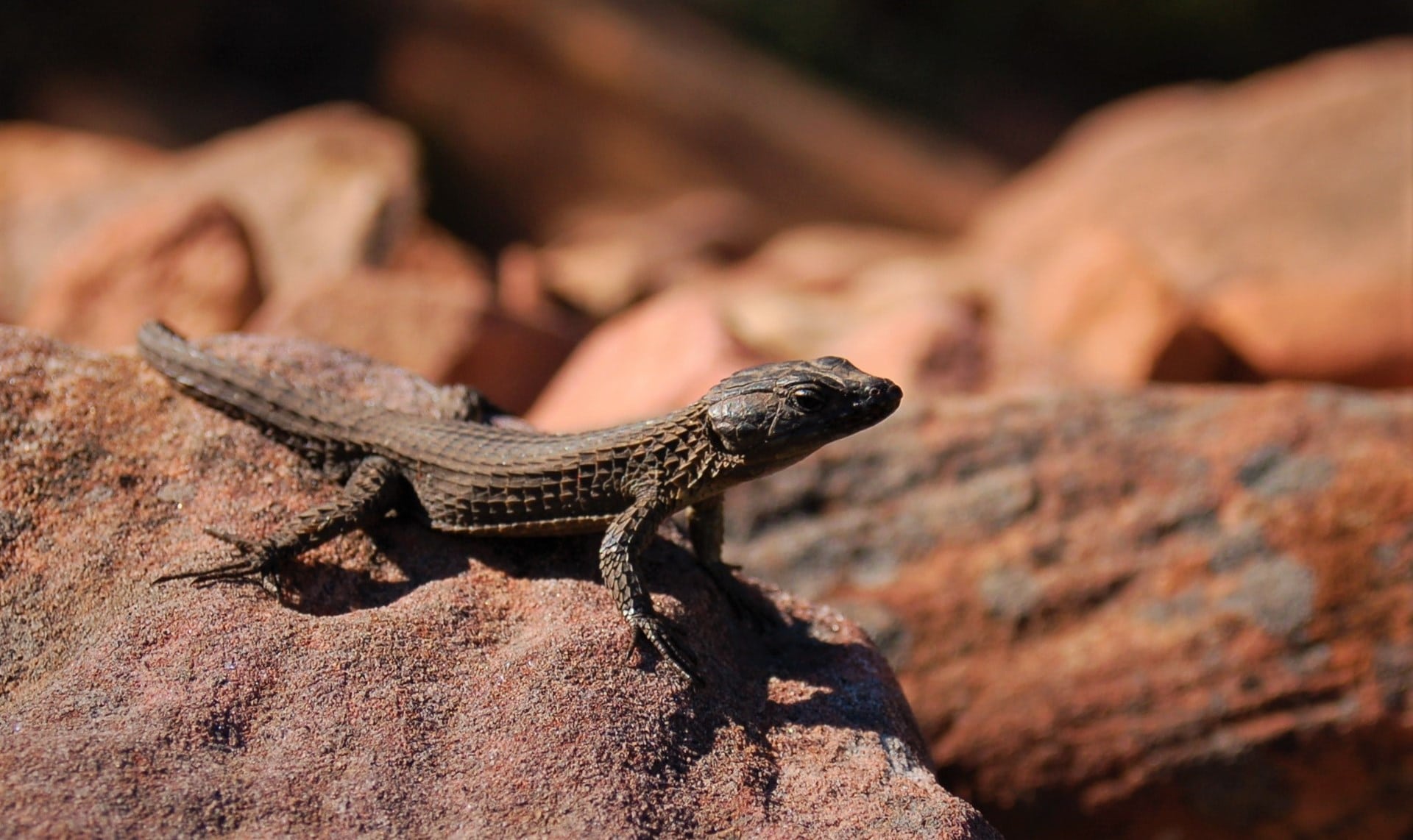 Like a Satanic gargoyle peering over a church roof, a Black Girdled lizard (Cordylus niger) recharges in the morning sun before hunting.

It ruins a hike but these wind-driven clouds are the lifeblood of the mountain: by depositing significant moisture the clouds keep the top of Devil’s Peak nice and damp all year round – there are wetland plants on its summit – and a slow drip-feed ensures the rest of the mountain remains hydrated during Cape Town’s hot, windy and rainless summer. It seems gale-force winds are just as important to the health of fynbos as raging fires are. 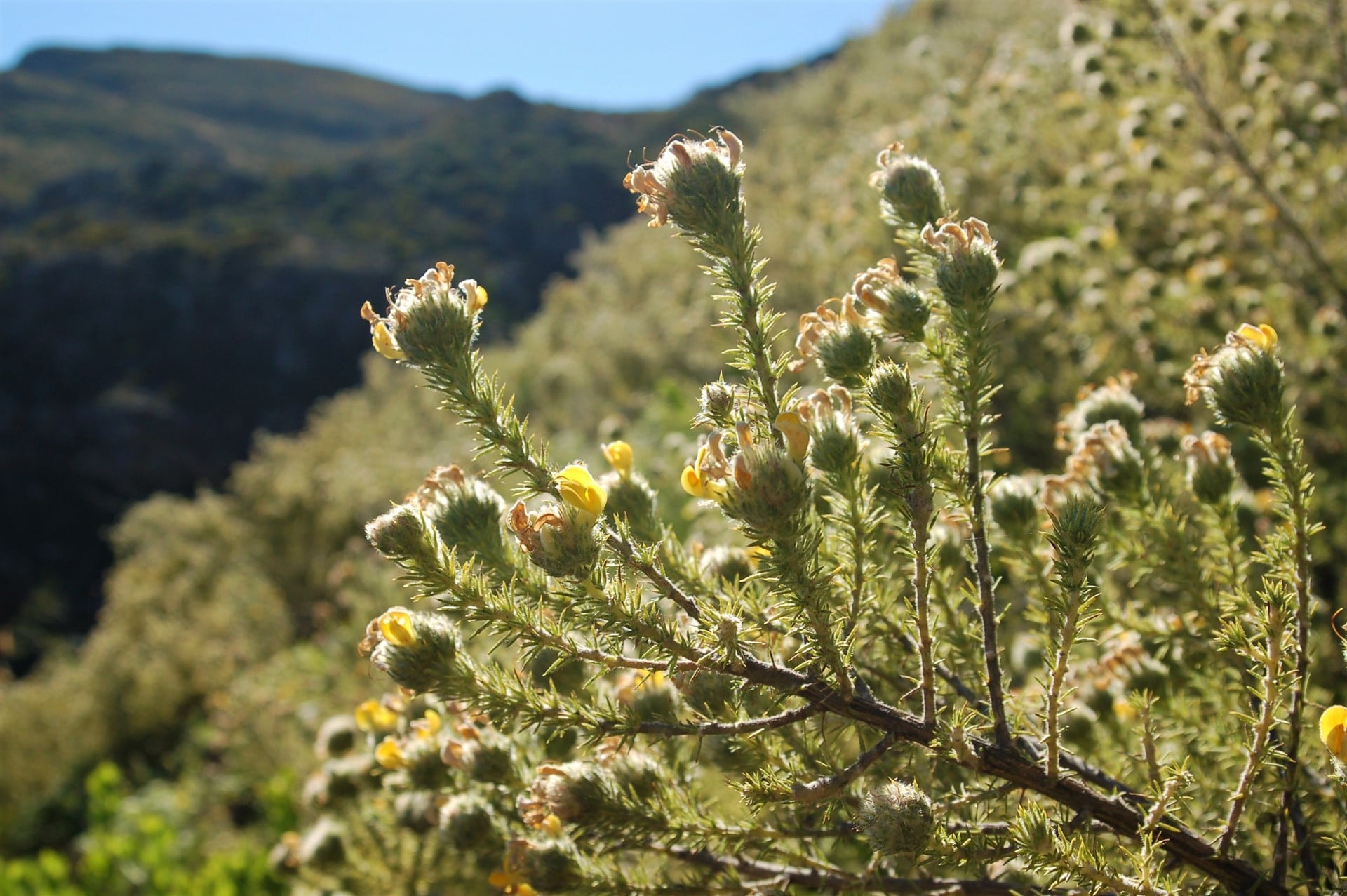 Cape Gorse (Aspalathus) dominates the lower slopes three years after a fire: it is busy fixing nitrogen in the soil (it’s in the pea family) & protects its nutritious leaves with needle-tipped spines. 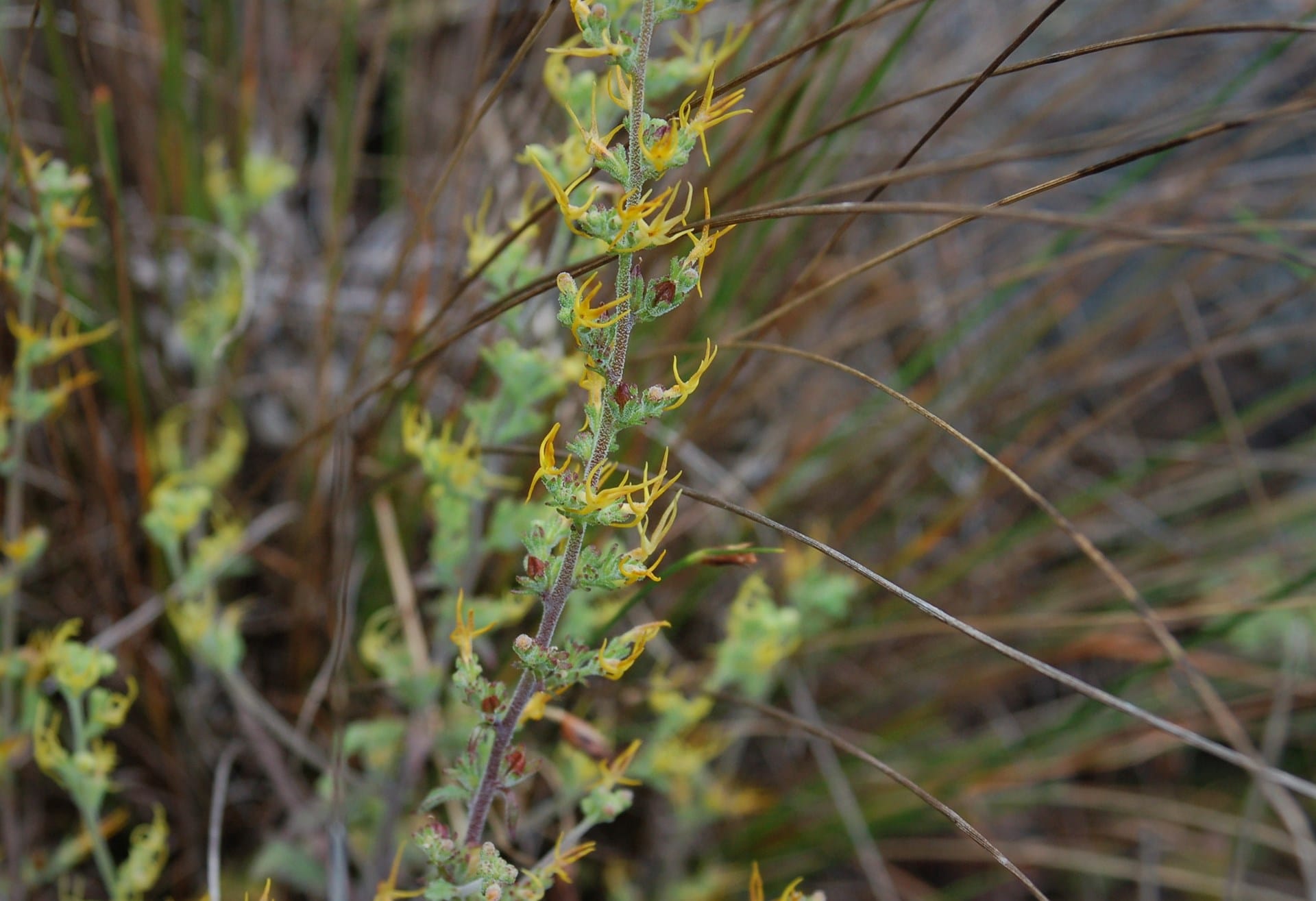 An unusual orchid – Holothrix – in a shady damp spot on Devil’s Peak; the name means ‘hairy all over’.

Devil’s Peak is a solid three or four hour hike up and down; you can ascend from the city-side and walk up through sunny fynbos – there’s a car park a few hundred metres past the Platteklip Gorge parking area on Tafelberg Road – or hike up through Newlands Forest and Newlands Ravine on the eastern side for shade and a chance to see Afro-montane Forest. Both routes reach The Saddle, a gentle bowl between Devil’s Peak and Table Mountain, before lurching skywards on the last section to the summit. If you’ve had enough of uphill by this point, then The Saddle has huge views and great fynbos – after all, there’s no need to tempt the Devil… 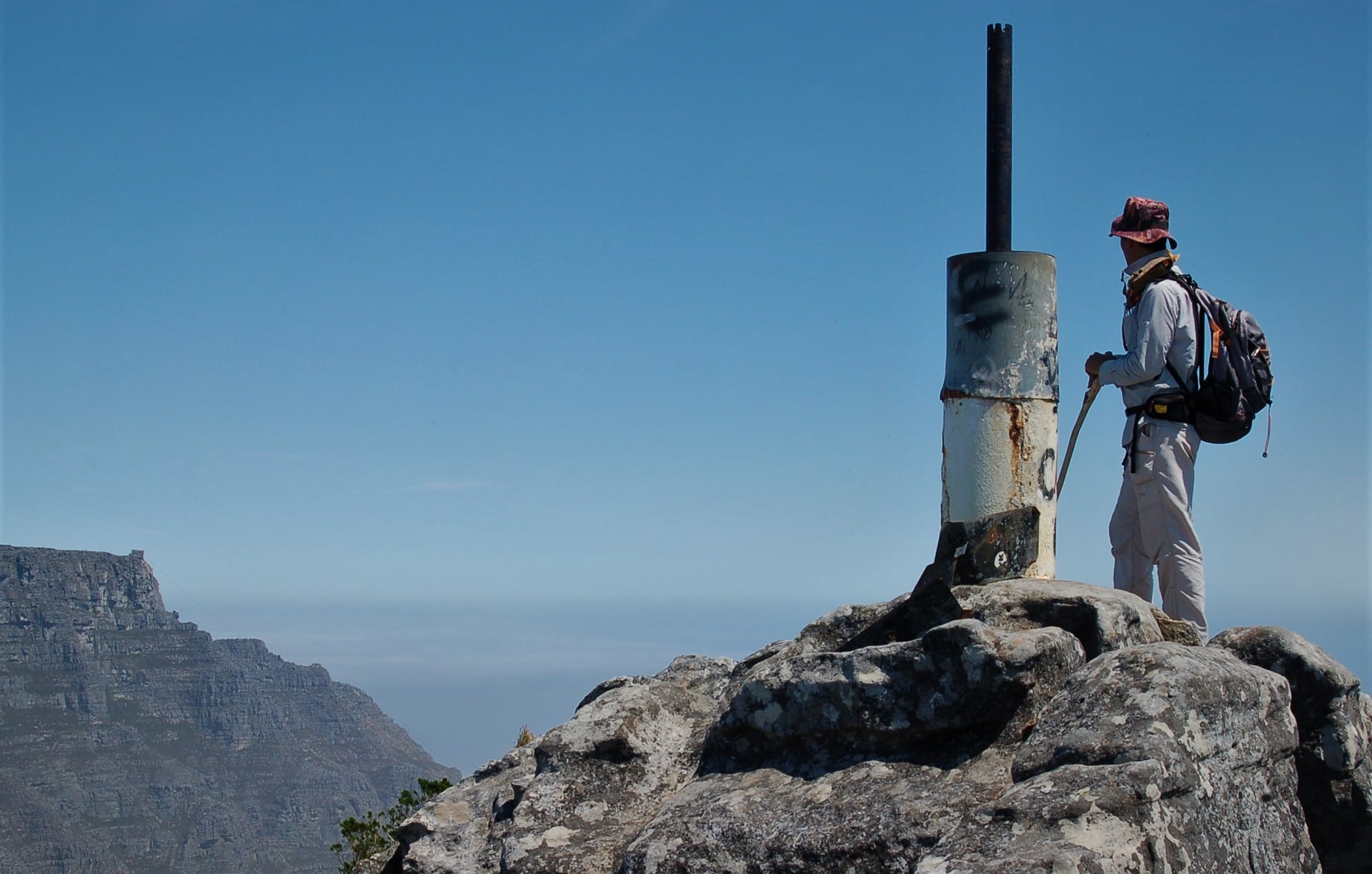 It’s not the most glamorous summit but the views are sensational & you are almost guaranteed to have them to yourself. 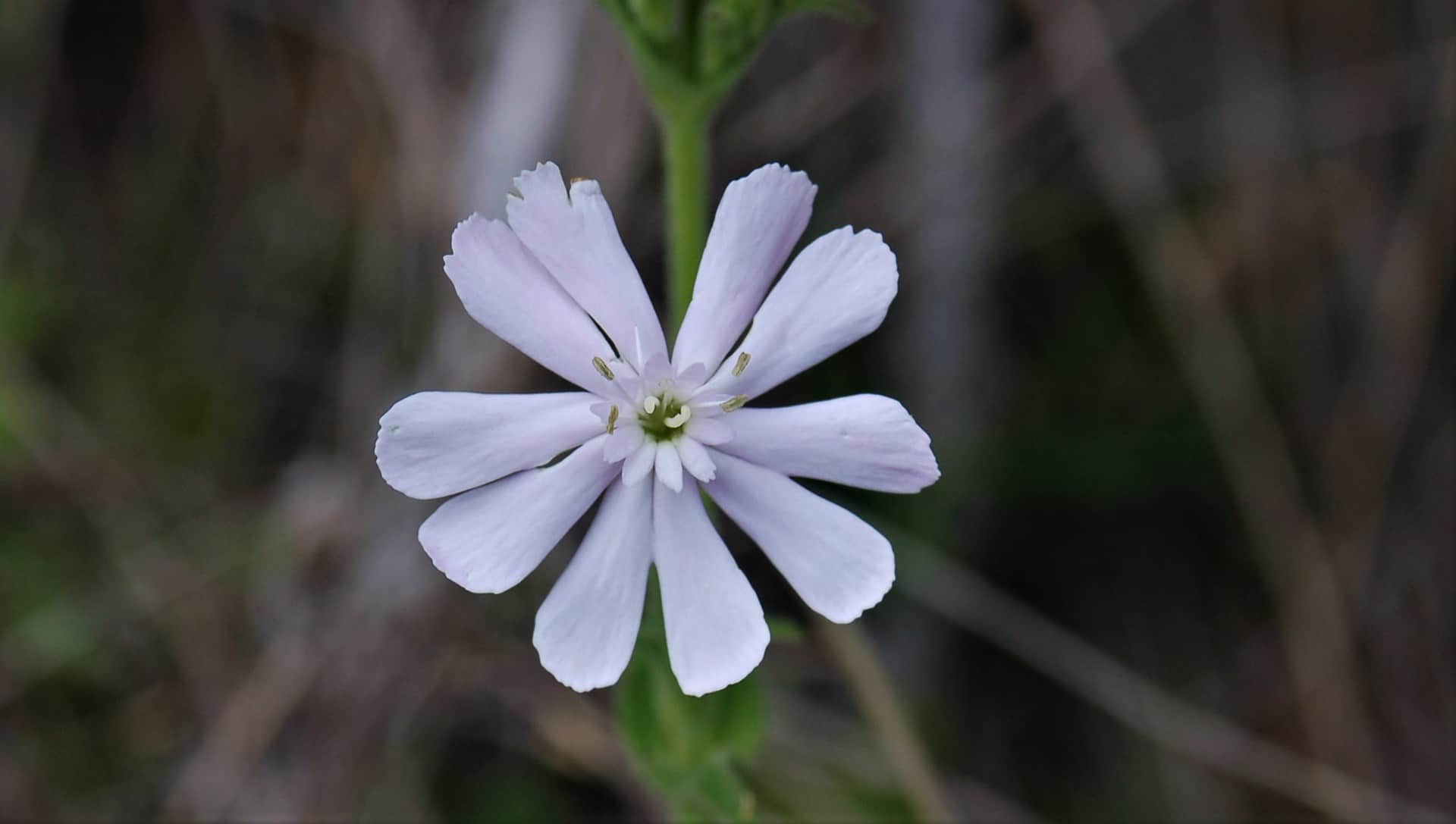