FYNBOS IN AUTUMN: TIME OF PLENTY 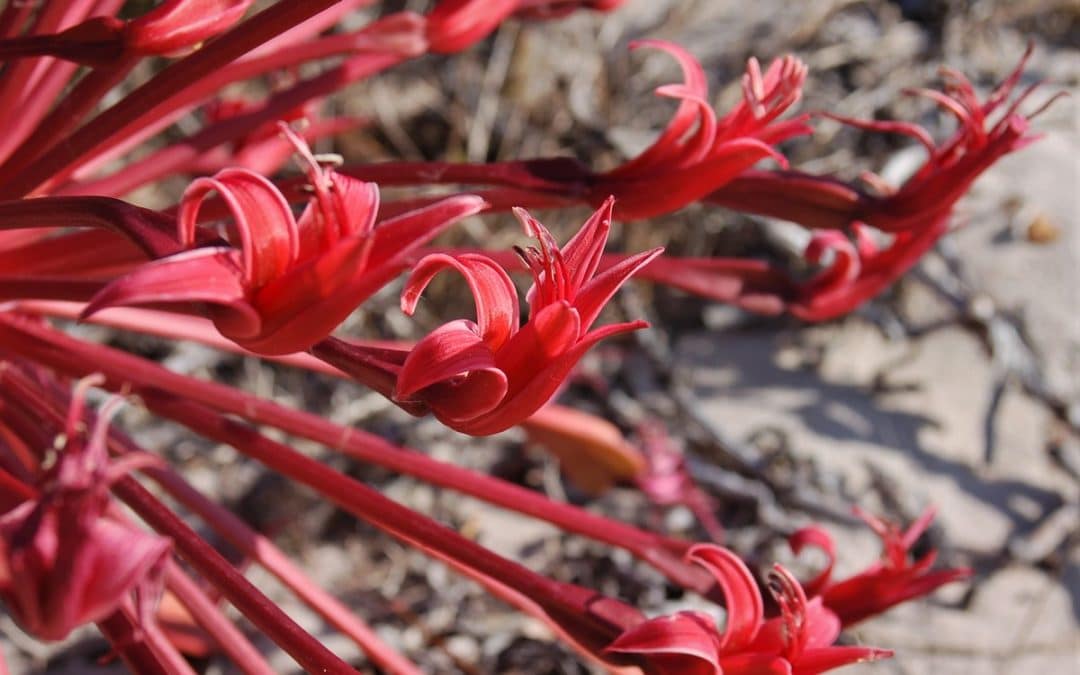 Like a big hot engine that’s just been switched off, Cape Town’s dry summer begins to cool down in March. It’s still warm at times – often extremely – but clouds are hovering on the horizon and subtle movements are afoot in the fynbos.

Plants have withstood the testing conditions of high summer – wind, heat and drought – and are getting a bit impatient for the impending rainy season. New leaves have emerged on wind-battered shrubs and the first green leaf tips of underground bulbs crack the soil, sipping the meagre moisture afforded by the arrival of morning fog. 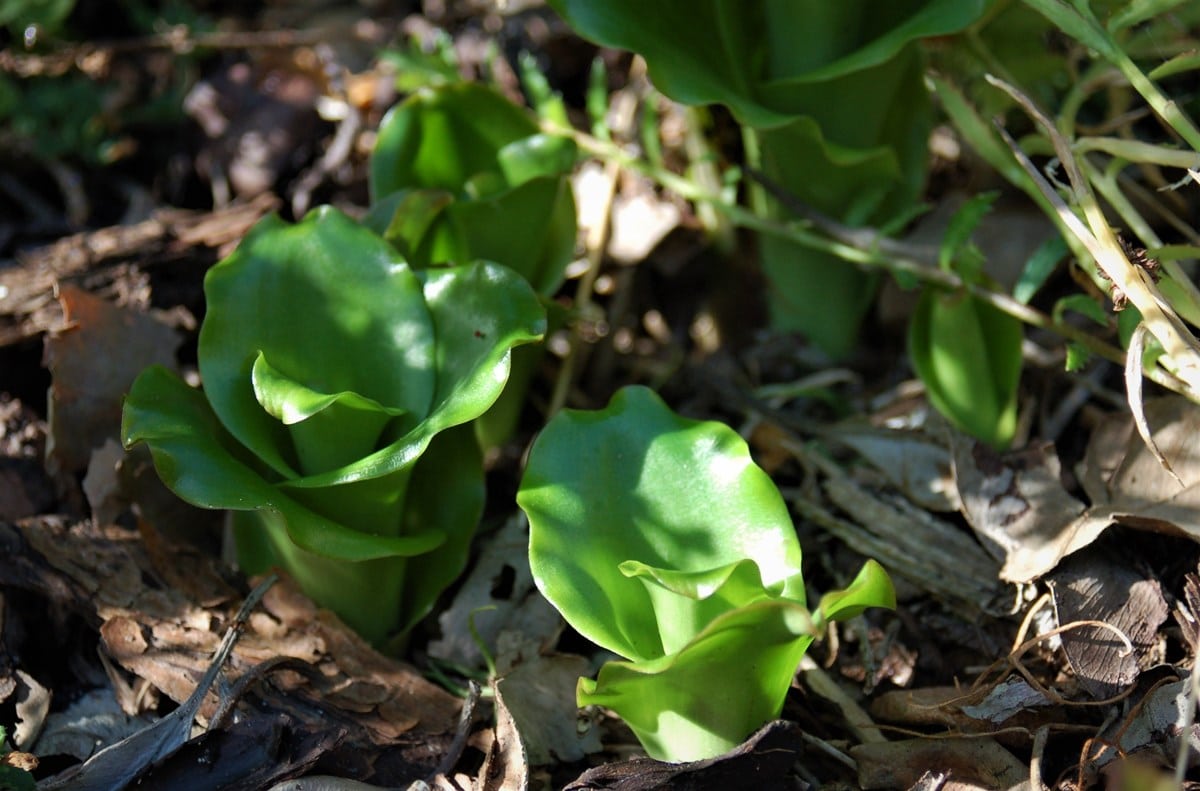 It’s 30°C in the March sun but Sand Lilies (Veltheimia capensis) are sending up fresh leaves from their underground bulbs.

Other fynbos plants are in full bloom, employing summer’s insects as unwitting pollinators. Thanks to the ever-flapping presence of Aeropetes tulbaghia (the Table Mountain Beauty butterfly) there are many red flowers out – the butterfly is obsessed with the colour red – but autumn fynbos also gleams with pinks and blues and yellows as different plant species lure wasps, flies or carpenter bees to their flowers. 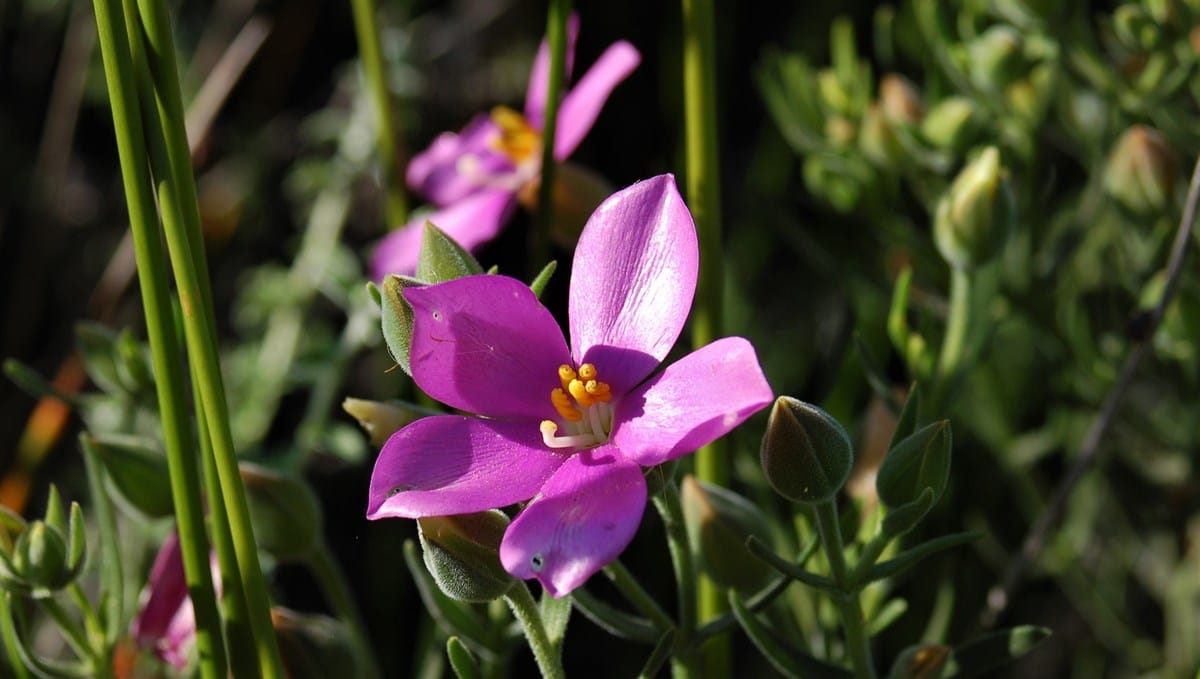 Carpenter bees (Xylocopa caffra) are active in autumn & the Sea Rose (Orphium frutescens) responds by offering an irresistible – to the bee – flower.

Yet more plants have already flowered – especially where fynbos grades into coastal Strandveld – and these plants are now presenting their fruit for the attention of dispersal agents – birds mostly – to spread their seeds (with a drop of avian fertiliser) before the rains arrive. Hungry tortoises and rodents are also involved in the seed spreading, so much so in the case of the former that Muraltia spinosa, a berry-bearing bush, is called a sklipadbessie in Afrikaans (‘skill-pad-bessie’) – a Tortoise Berry. 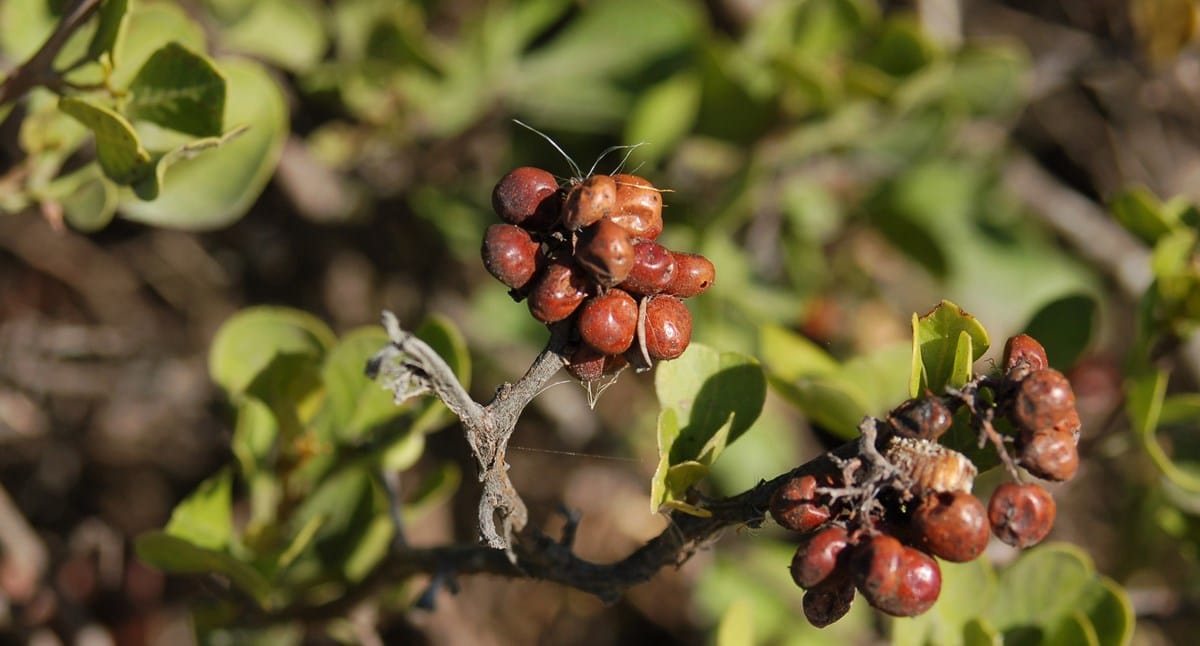 Dominating the fynbos/strandveld ecotone, Rhus laevigata has edible fruit in autumn (it’s in the mango family) but be quick – fruit-eating birds & baboons are your competition. 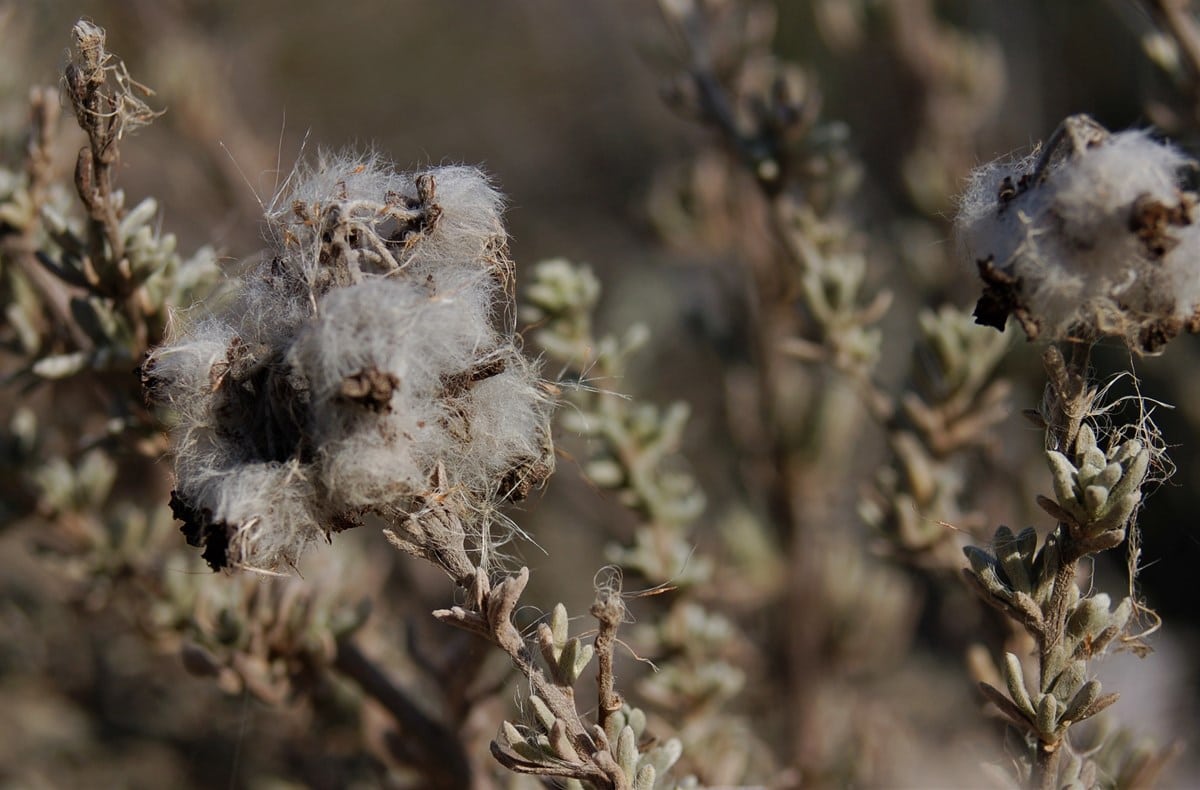 Wild Rosemary (Eriocephalus africanus) offers birds cotton-covered seeds to line their winter nests; after the birds have bred, the disused nest falls to the ground & the seeds germinate in the mulchy rot. 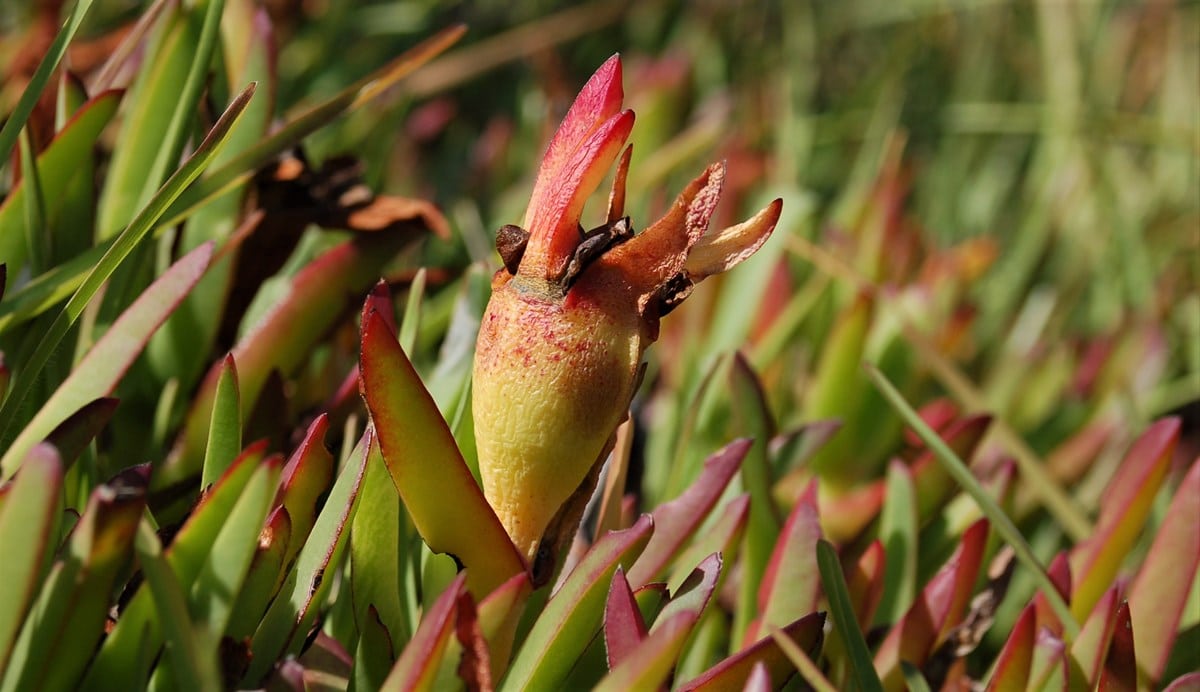 Sour Fig (Carpobrotus edulis) fruits are ready to eat when they are yellow & swollen; it’s one of the few fynbos plants still wild-harvested by humans and eaten – dried or as a jam.

Fynbos animals (small mammals, reptiles, birds) are taking advantage of autumn’s provisions – nectar-filled flowers, ripe berries and airborne insects – to fatten up for the leaner months ahead. And it’s not just the threat of winter that’s making the birds work so hard: many fynbos birds breed in the wet winter months to avoid the perils of nest-building in fire-prone summer and so the autumn air is filled with birdsong as sunbirds, robin-chats and bulbuls start marking out their territory. 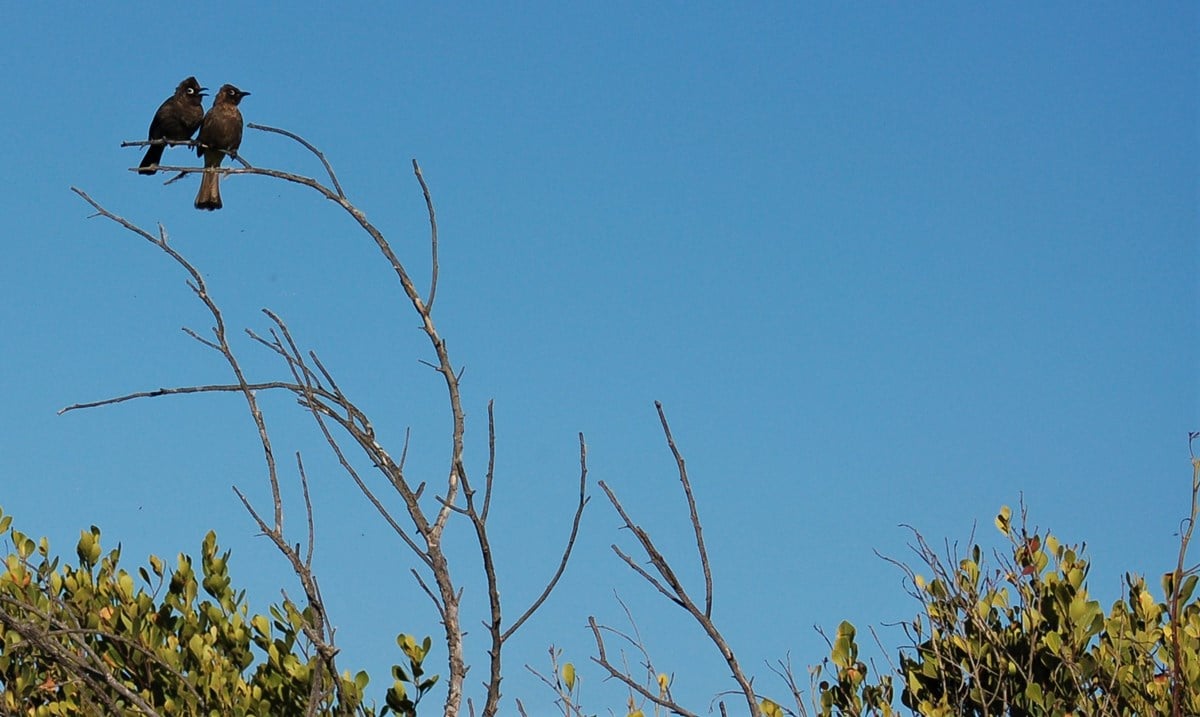 Getting ready for the breeding season, Cape bulbuls (Pycnonotus capensis) provide a musical backdrop to the Cape’s coastal fynbos & strandveld in autumn. 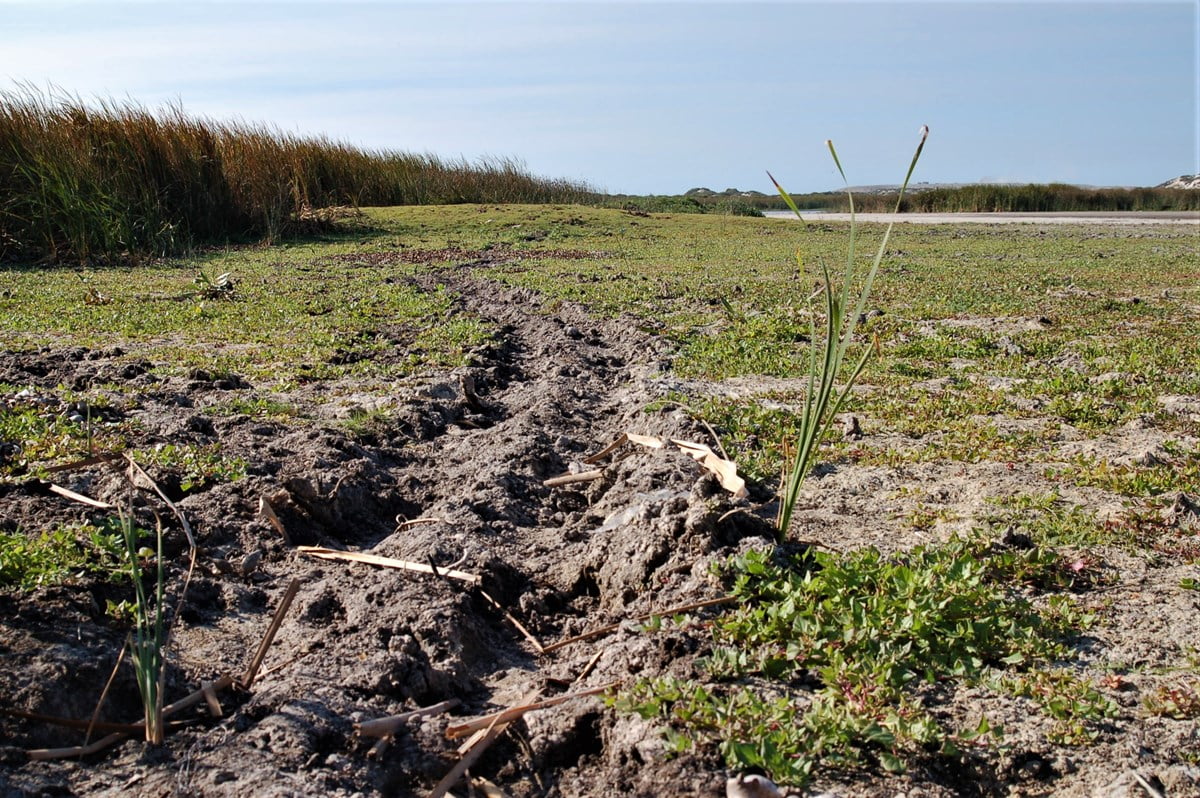 Wetlands are drying up – as revealed by hippopotamus spoor at Rondevlei on the Cape Flats; note the spoor’s middlemannetjie, the raised central ridge made by the shuffling gait of a hippo.

And from a floral perspective, while March, April and May are perhaps the poorest months for fynbos flowers (in terms of how many species are in flower), the ones that do bloom in autumn are indisputably among the year’s most impressive. 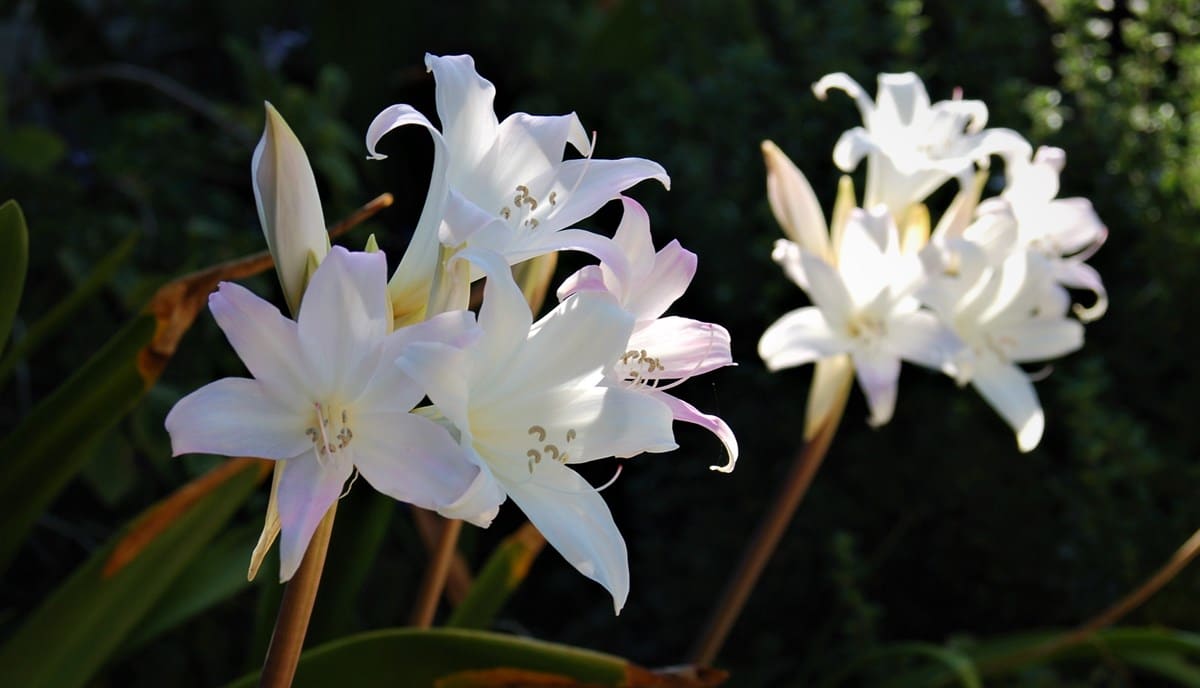 The elegant March Lily (Amaryllis Belladonna) marks the end of summer in the Cape as surely as the first cuckoo call heralds the arrival of spring in Europe. 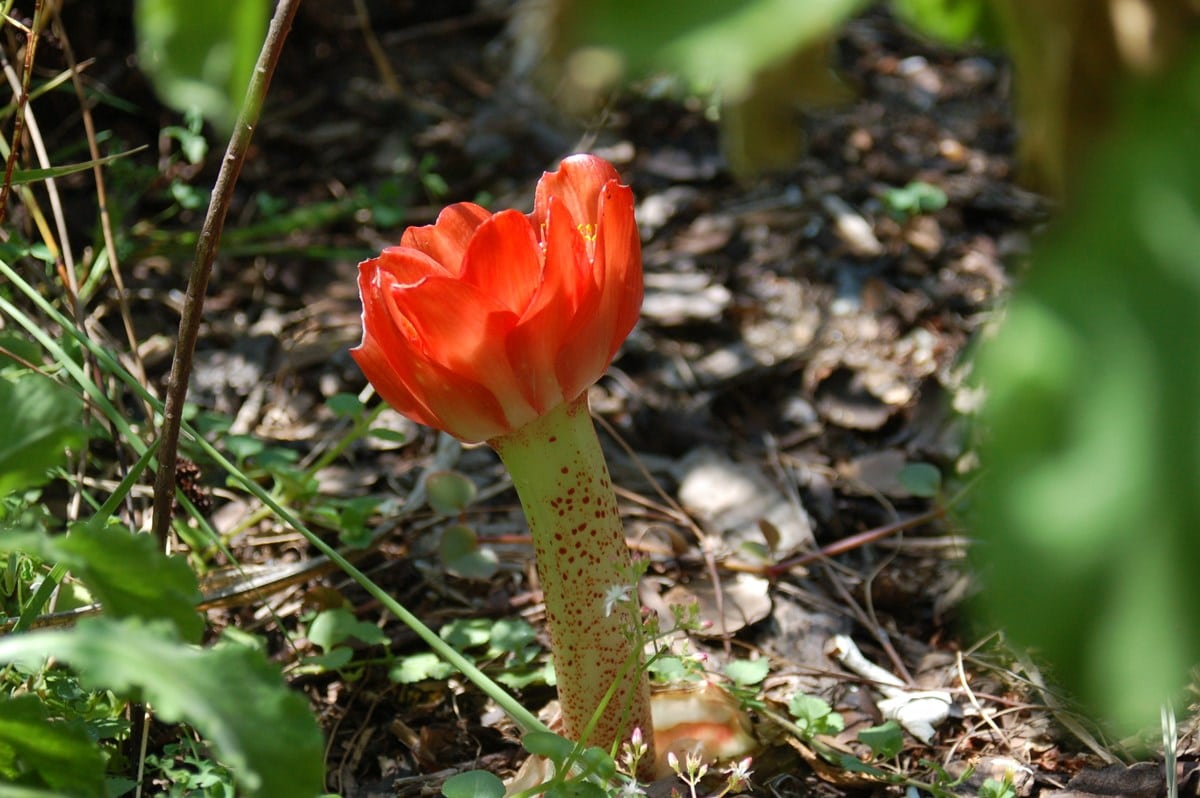 The rush to get ready for winter really gets going around the Easter period. The sudden drop in night time temperatures combined with warm sunny days is like a starter’s pistol to fynbos plants: BANG! GO!! The message is ‘rain is coming’ and with it the promise of cooler temperatures and less wind; for us it feels like it’s time to put on a jersey but for the fynbos it’s time to put on a show. 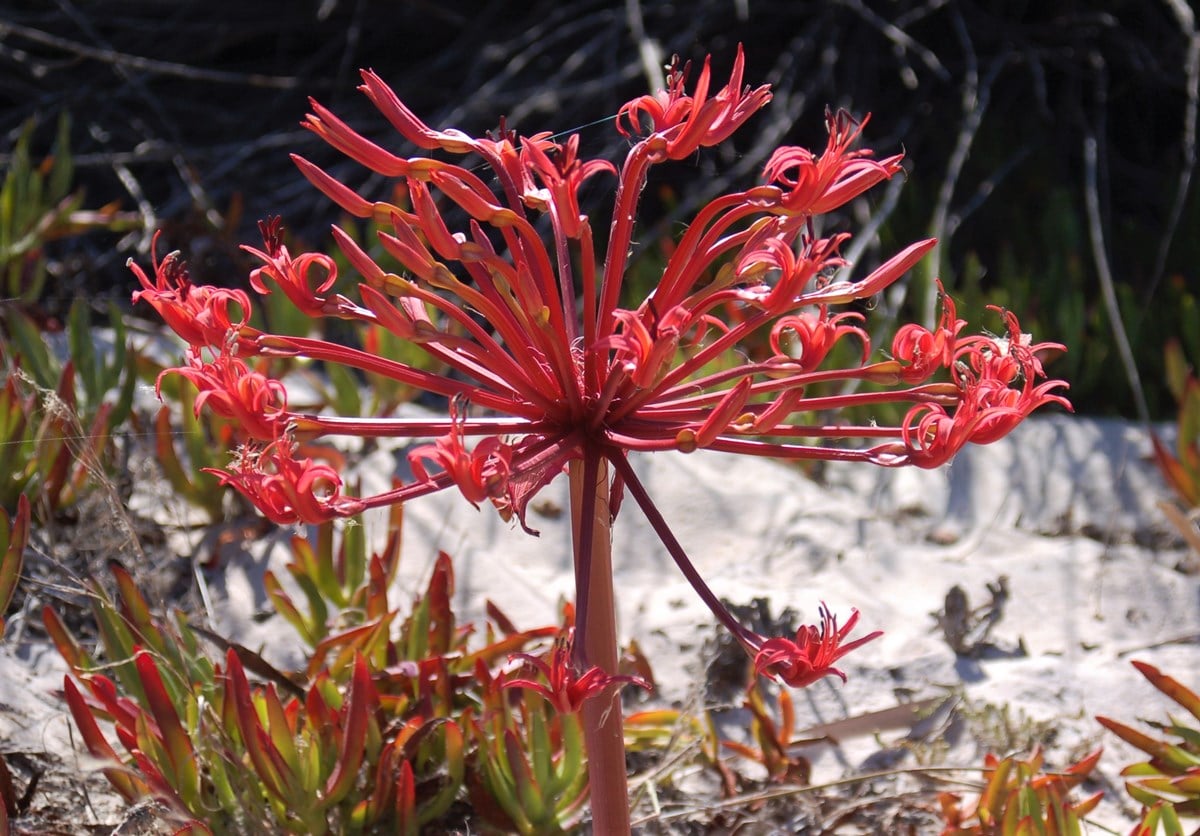 Few flowers stop people in their tracks more than the Candelabra Lily (Brunsvigia orientalis), bursting out of dry sand in autumn – it’s in the Amaryllis family.