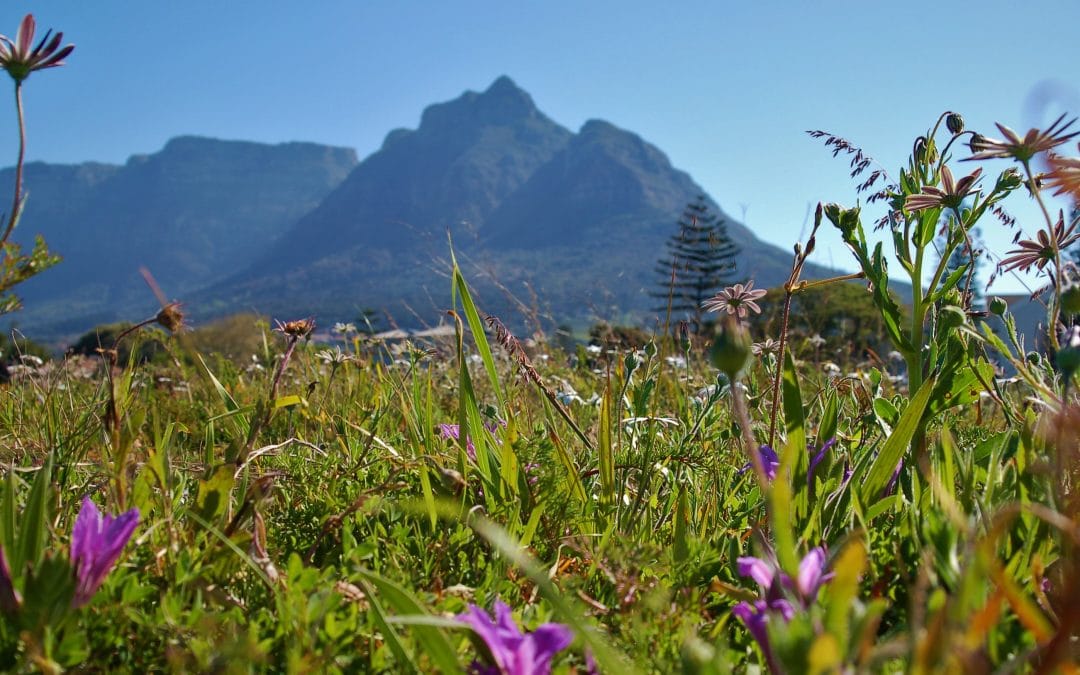 Like beer and burgers, the flowers on Rondebosch Common are always better in the afternoon. There’s no point getting there in the morning: these are Cape Town plants after all, and you know what Cape Town is like. The mornings are simply too early to do anything, and then there’s lunch to negotiate. No, it’s far better to wait until the sun is hanging fat and full in the western sky before opening up. 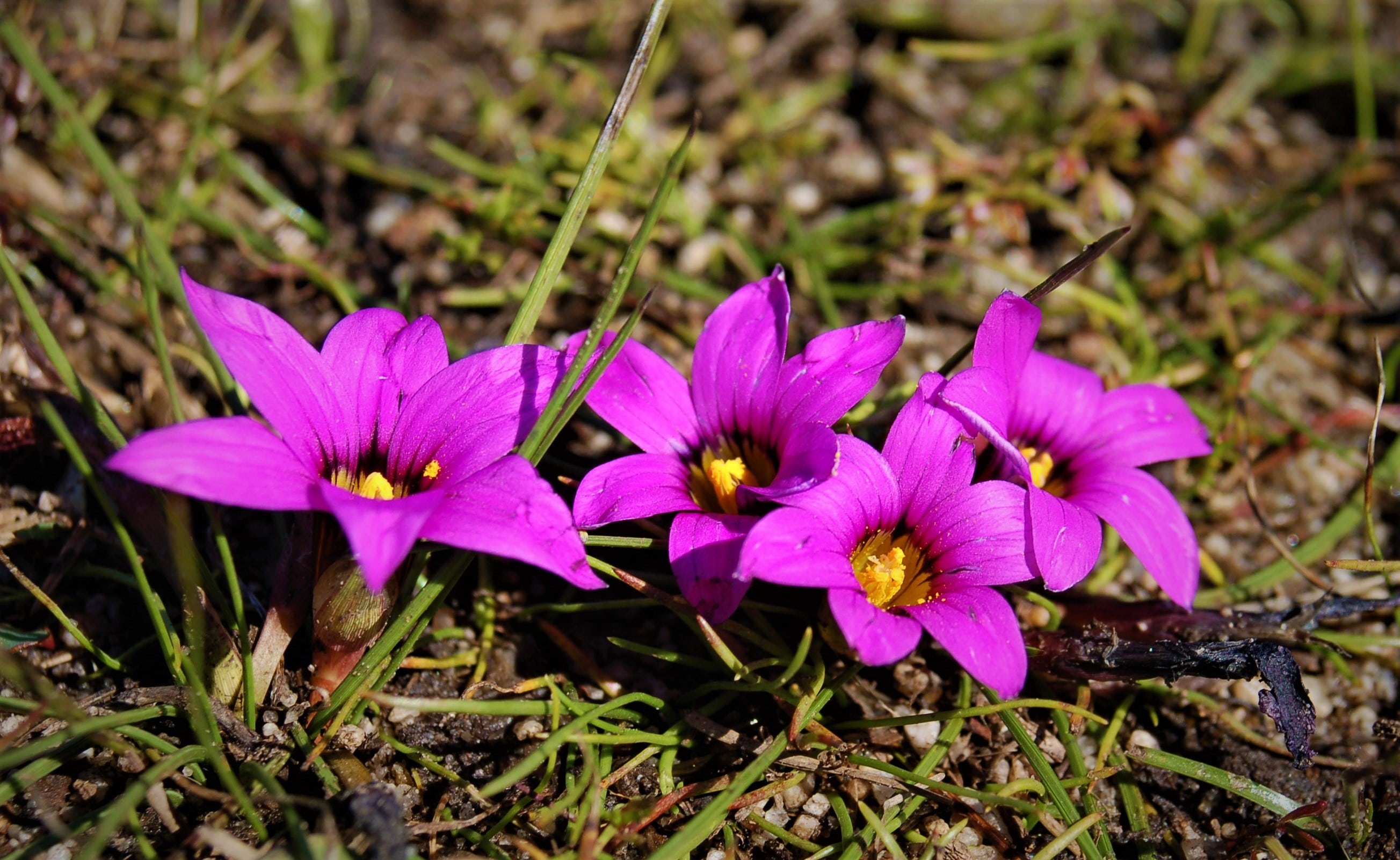 Once part of our diet, the tiny bulbs of Romulea rosea open up their beautiful flowers after lunch; it’s called a Rooiknikkertjie in Afrikaans (try its pronunciation in private) & is part of the Iris family.

And – unusually – I’m not even being facetious: the flowers of many fynbos species – daisies, oxalis (sorrel) and geophytes (bulbs) in particular – open only after being drenched in sunlight for most of the day. Take Moraea bituminosa for example, a type of Iris. It only starts unfurling its bright yellow petals at noon and the flower withers away by late afternoon. And you’ll sometimes have to wait until after three in the afternoon to get a glimpse of Moraea saxicola. 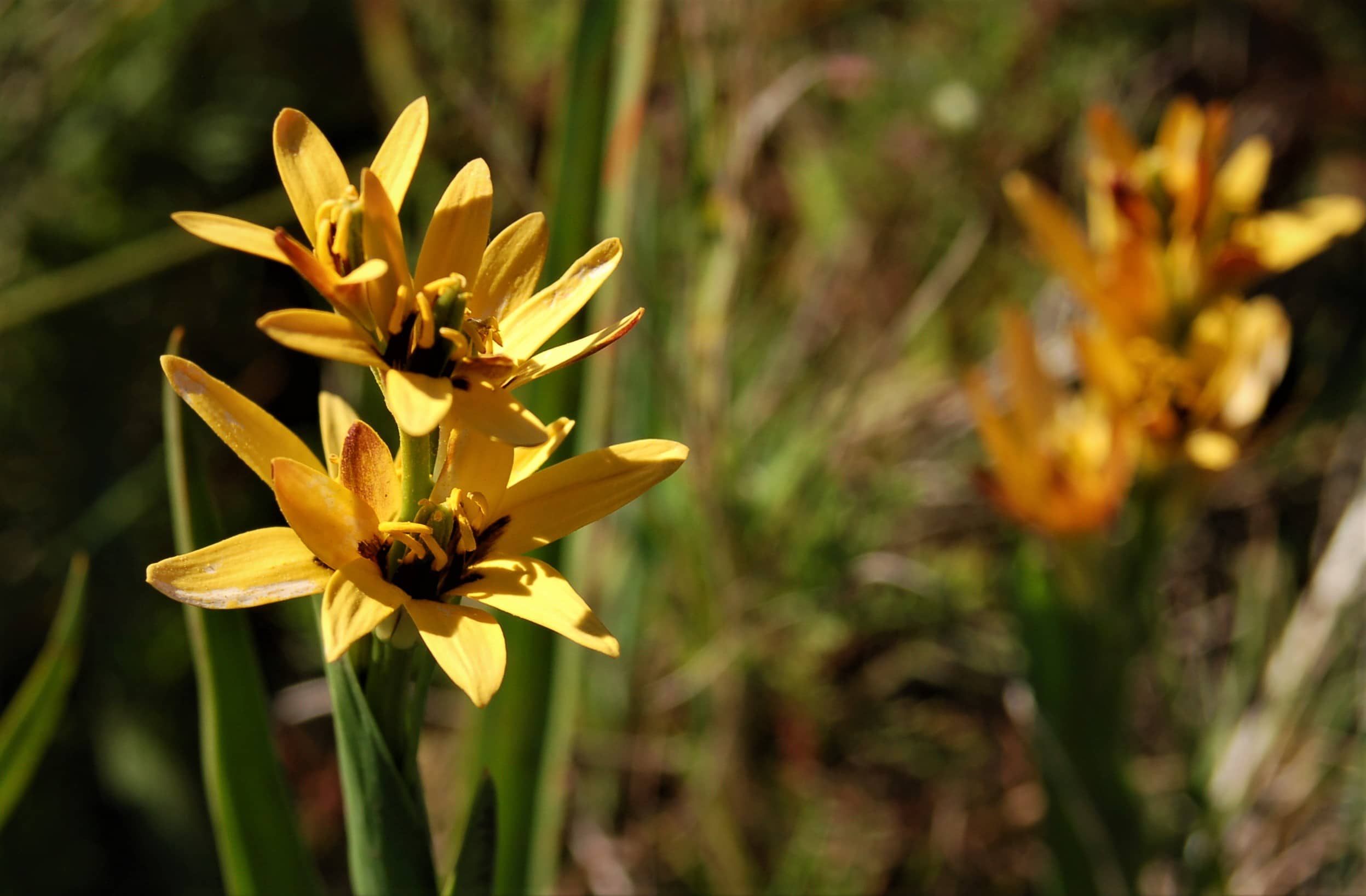 Why so? Probably an evolutionary tactic to maximise exposure to pollinating insects. They like it nice and hot too, and it certainly seems to work: a spring afternoon on Rondebosch Common is not only a canvas of colour but a symphony of buzzing, whizzing and humming too: Cape Honeybees, Painted Lady butterflies, Monkey beetles – you name it – all covered in pollen and urgently working their ways around the flowers 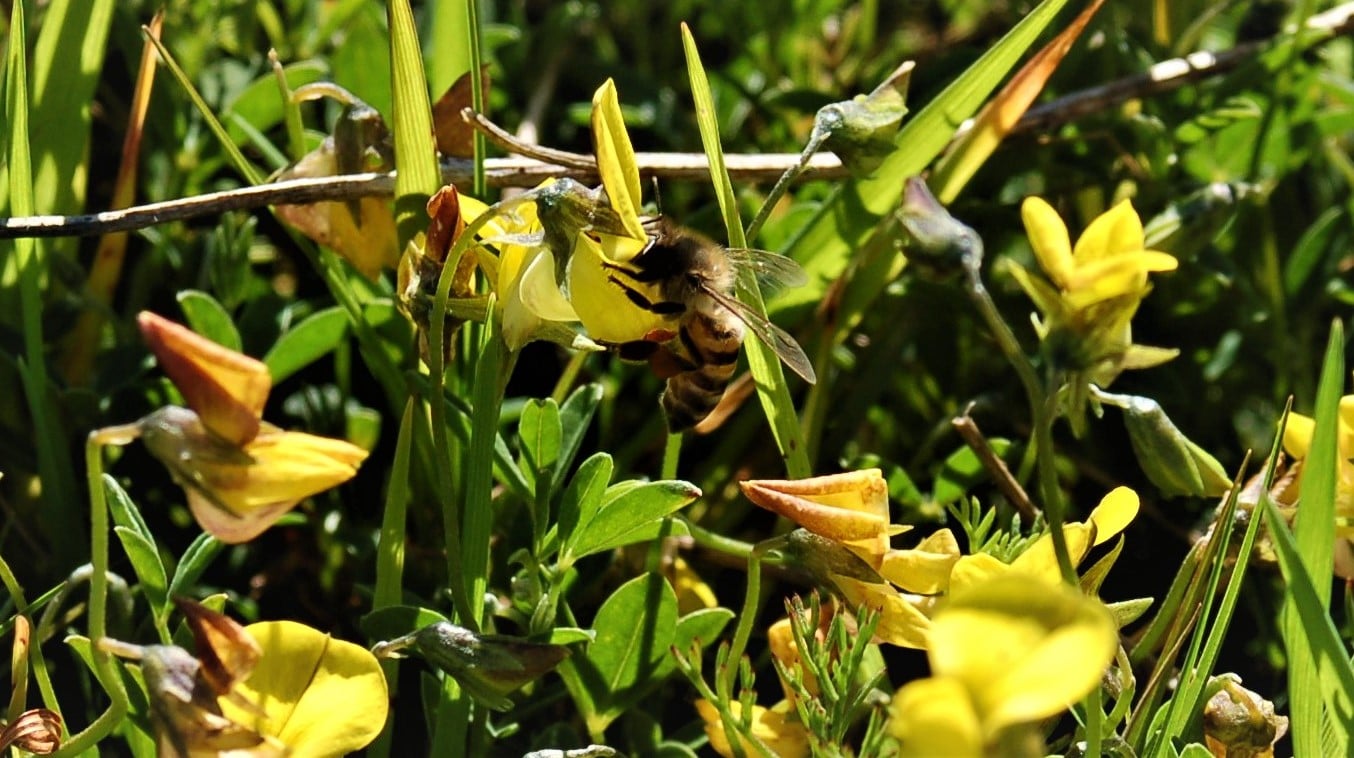 A honeybee probing for nectar in Lotononsis, a member of the Pea family (Fabaceae) that sprawls over wet ground on the common.

It’s something particularly noticeable after fire has swept through fynbos. The bare, burnt ground quickly erupts with geophytes – irises, hyacinths, oxalis, amaryllis and orchids – as they respond to the triggers of smoke and heat as well as the exposure of the earth to full sunlight. But although fire is good news for fynbos plants, it’s not so great for their animal pollinators, insects included. So plants have to pull every trick in the book to ensure they are visited – indeed, it can be said with confidence that this cut-throat competition for animal pollinators is one of the great drivers of fynbos diversity – everyone is trying something. 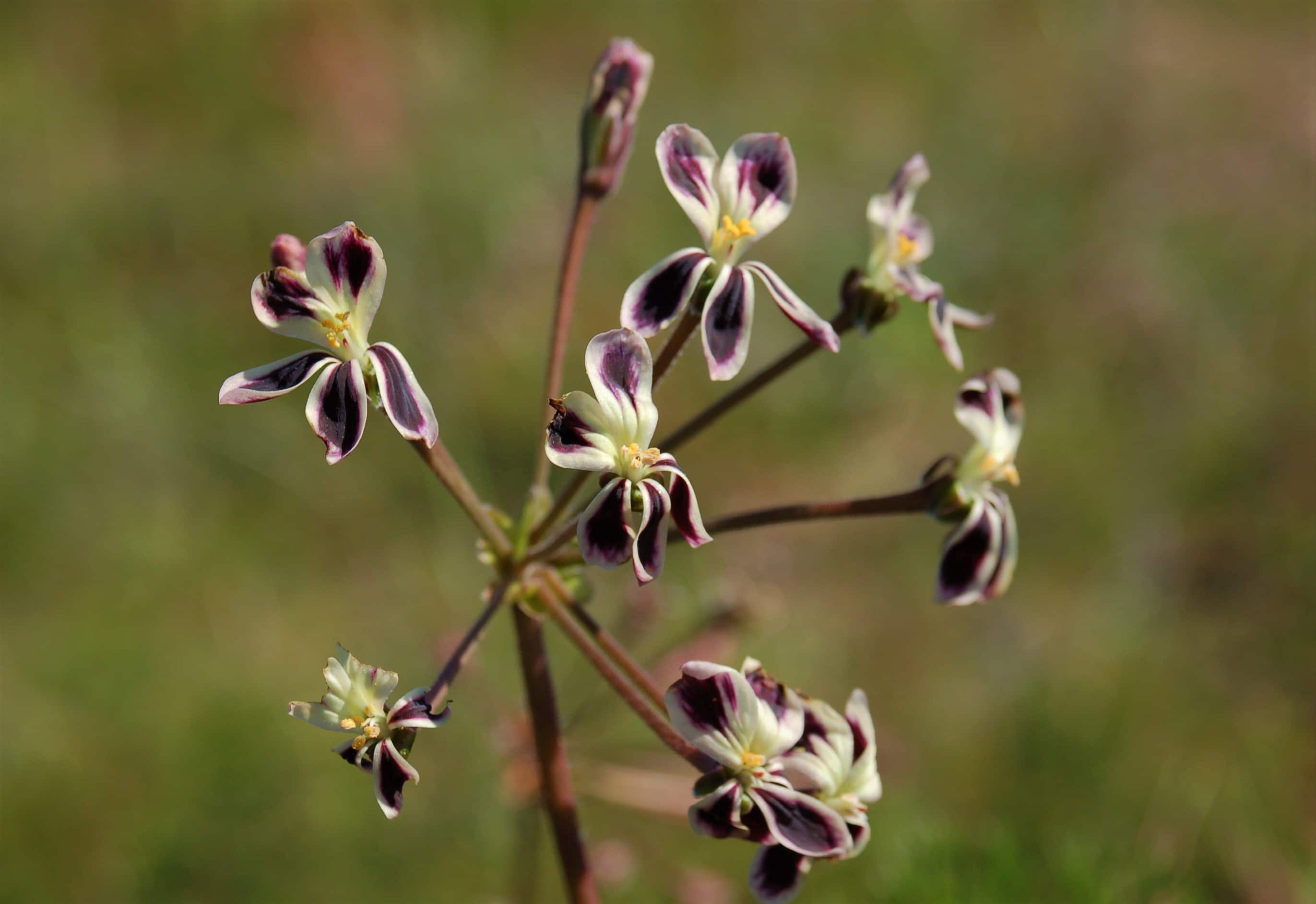 Part of the Geranium family, Pelargonium triste is called Kaneelblom in Afrikaans – ‘Cinnamon flower’ – as it releases an amazing cinnamon scent in the evening to entice moths

So, pull on a pair of Wellington boots and see for yourself. Low-lying and often waterlogged in winter, Rondebosch Common is a unique conservation area where dog walkers and children on bicycles rub shoulders (at a discreet Covid-distance) with botanists and nature photographers. It protects remnants of highly endangered local biomes – Cape Flats Fynbos and Renosterveld – and is home to around 300 different species of indigenous plants. Snakes and birds too. But if you can’t get here just now, then I hope you enjoy this selection of flowers from a September afternoon.

Babiana ambigua is a short-stemmed Iris found in the heavier clay soils of the common’s Renosterveld section where baboons once dug up their bulbs to eat. 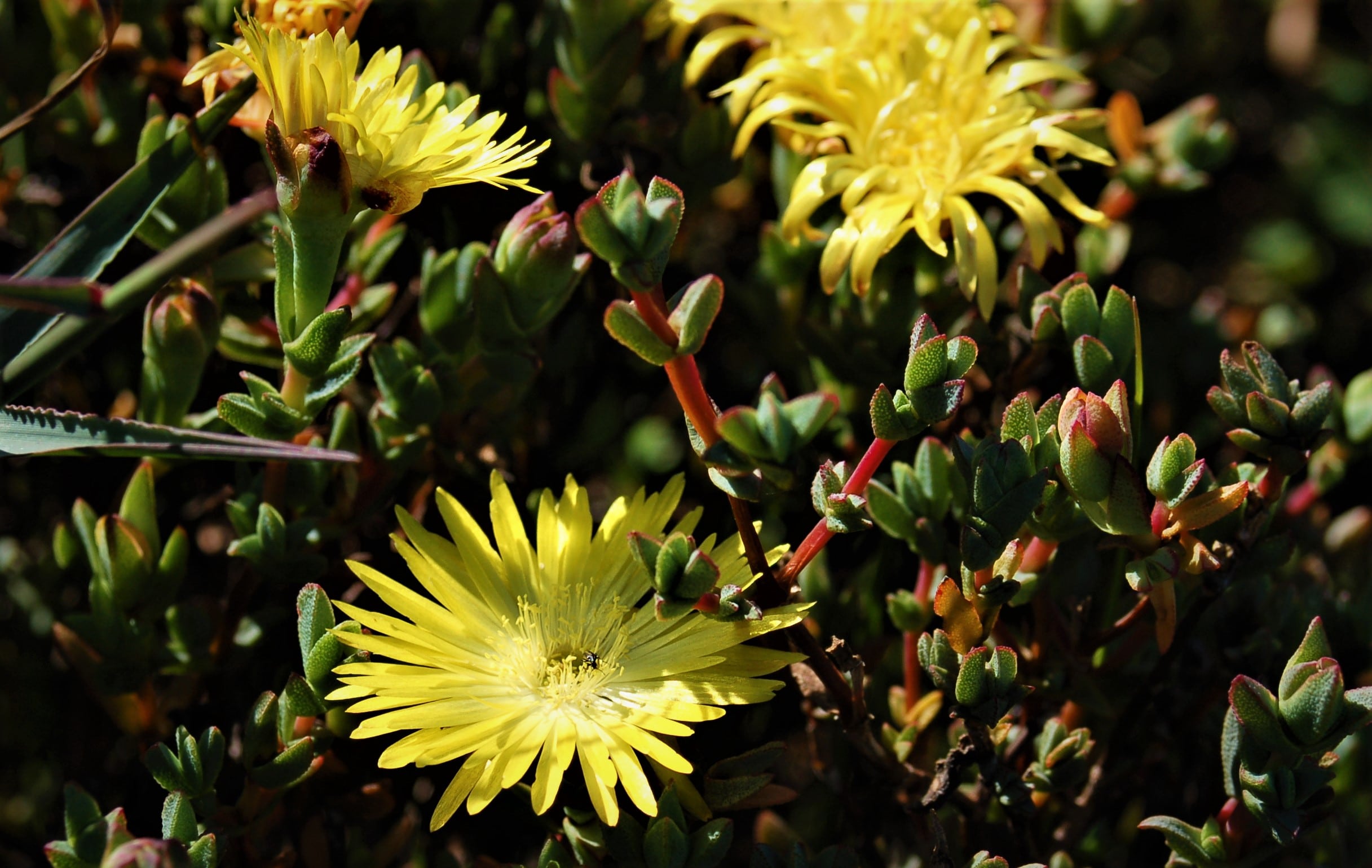 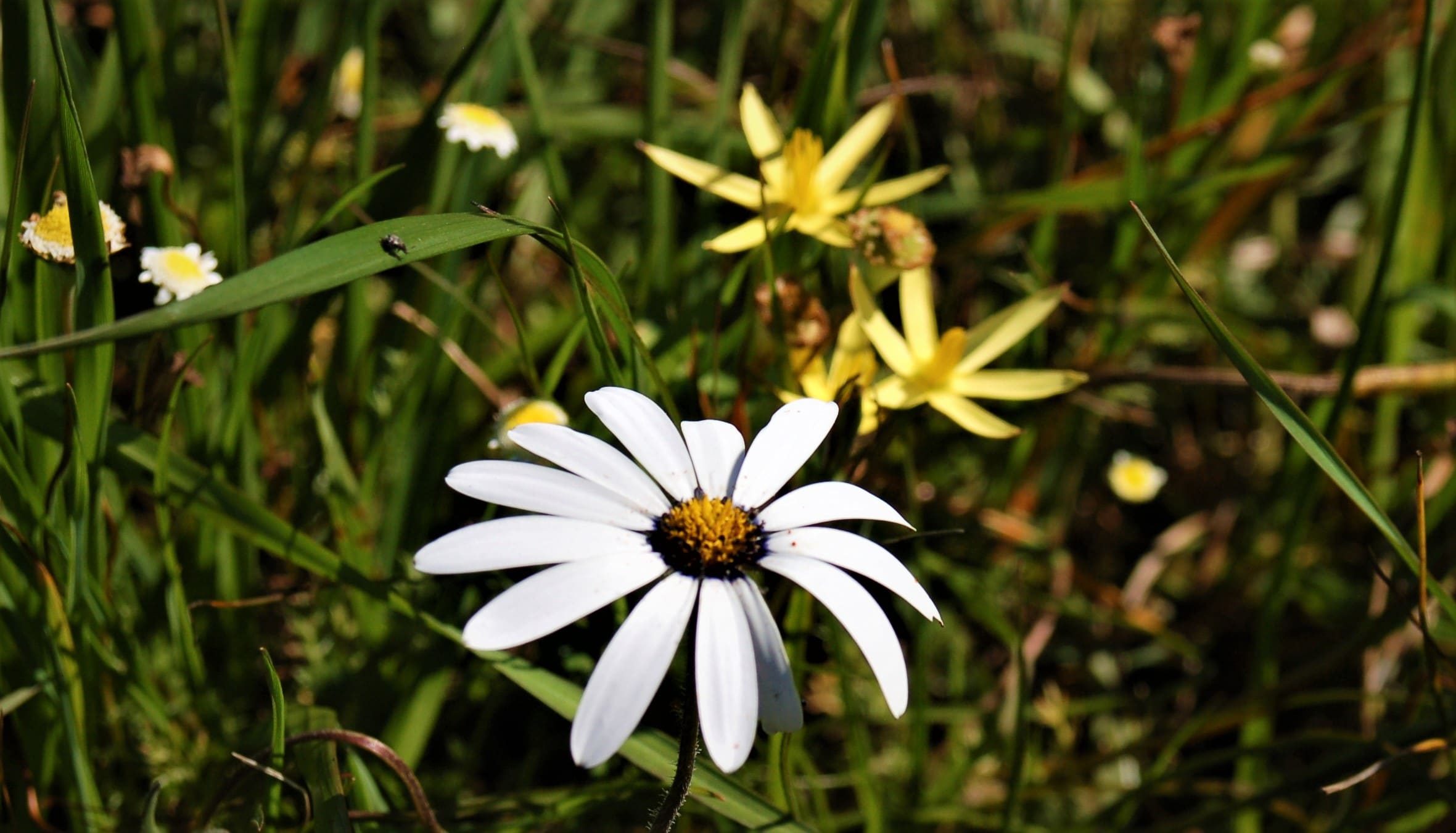 A white Dimorphotheca ‘Cape daisy’ with yellow Spiloxenes in the background – the latter are in the Star Lily family – Hypoxidaceae. 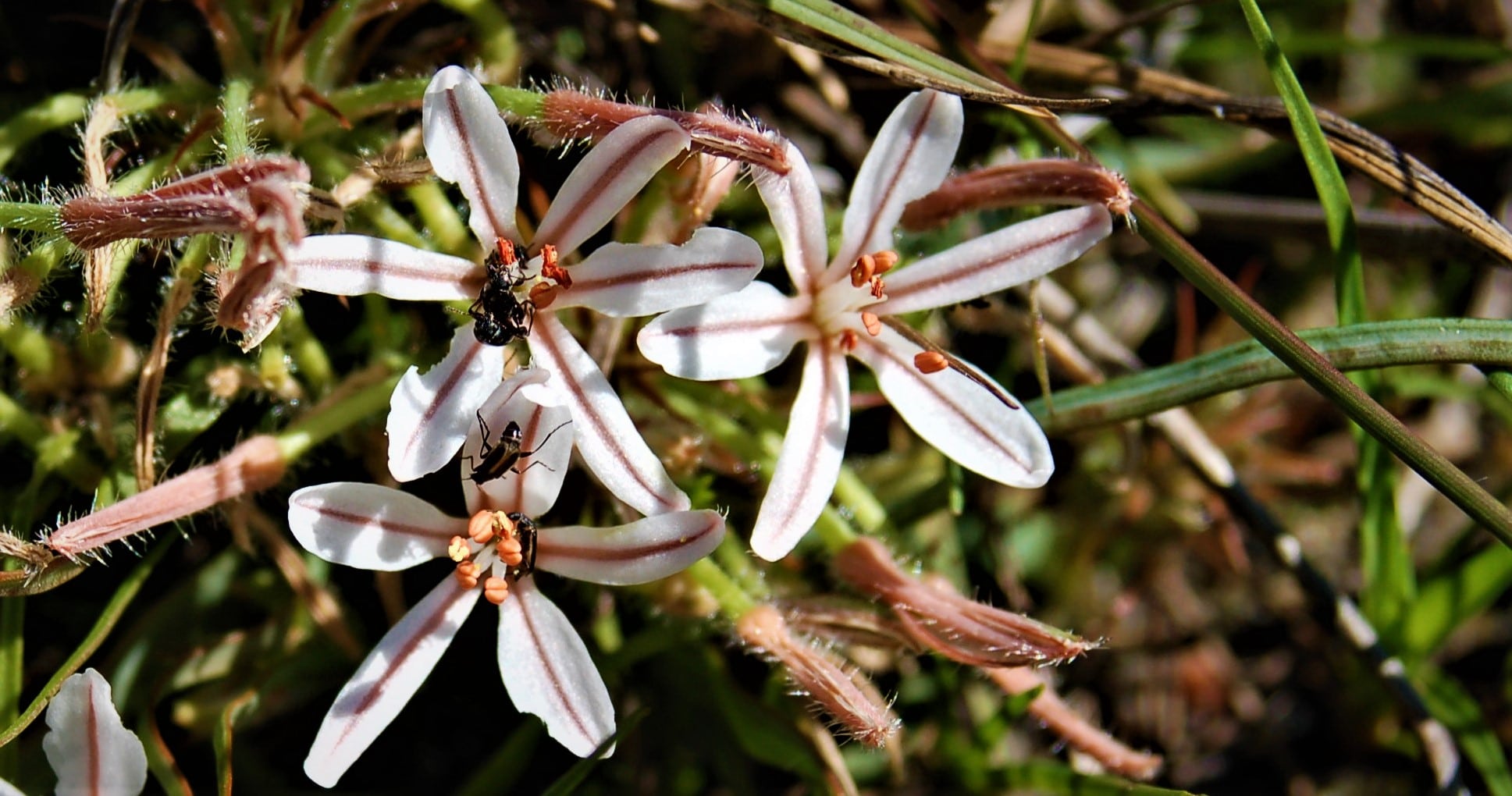 The flowers of Trachyandra are normally pollinated by bees so these beetles are getting a free meal, as indeed did we once: the flowering stalks were eaten like asparagus by the Khoisan & European settlers. 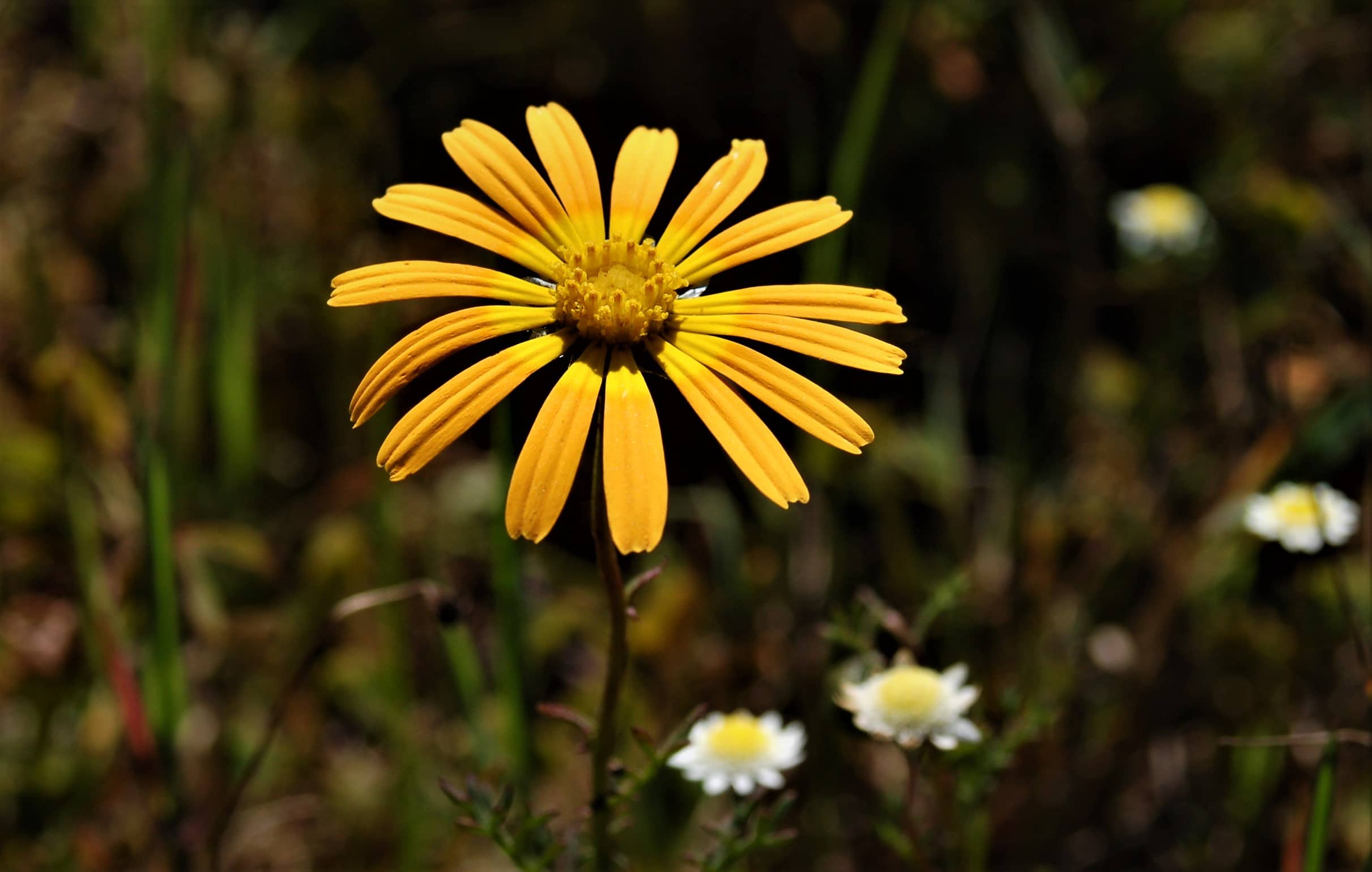 Rondebosch Common is great if you like yellow daisies: this is in the genus Ursinia, part of the chamomile group within Asteraceae.