ZANDVLEI NATURE RESERVE: BEFORE THE FLATS WERE FLAT 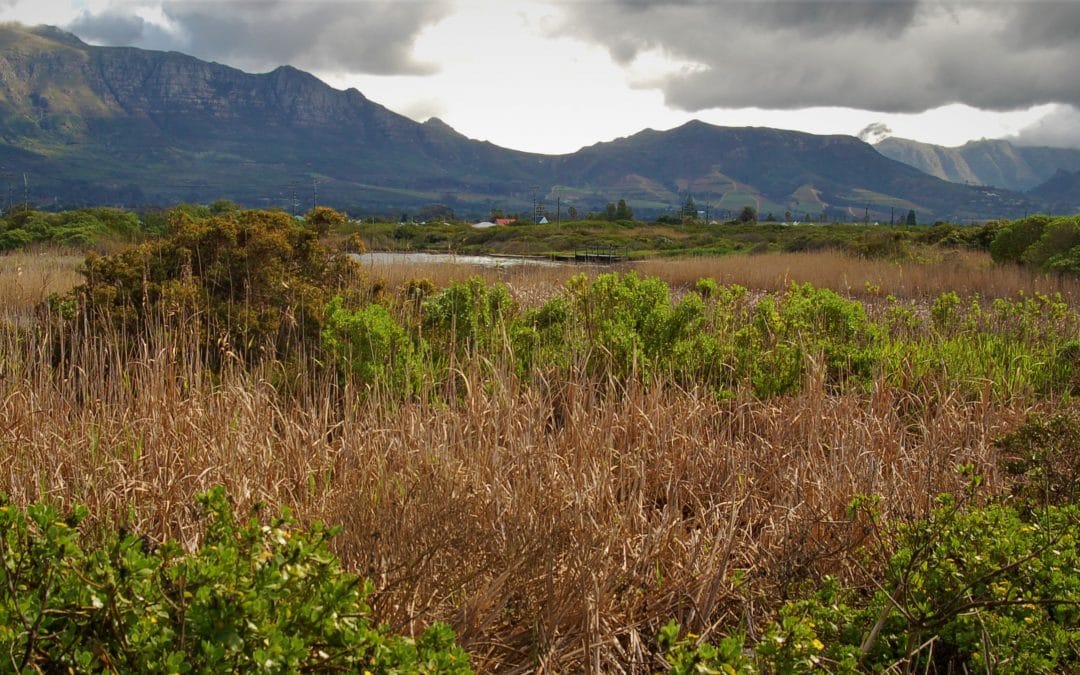 They say it used to take two days to haul an ox wagon from Cape Town harbour across the Cape Flats to Somerset West. At a modest distance of some 45 kilometres (28 miles) you might be wondering why it took so long. Until you visit Zandvlei Nature Reserve.

Tucked away behind Muizenberg—about 30 minutes from the city centre—Zandvlei is not only the last functioning estuary on Cape Town’s False Bay coastline, but it’s also a reminder of what the Cape Flats used to look like. And it was wet. 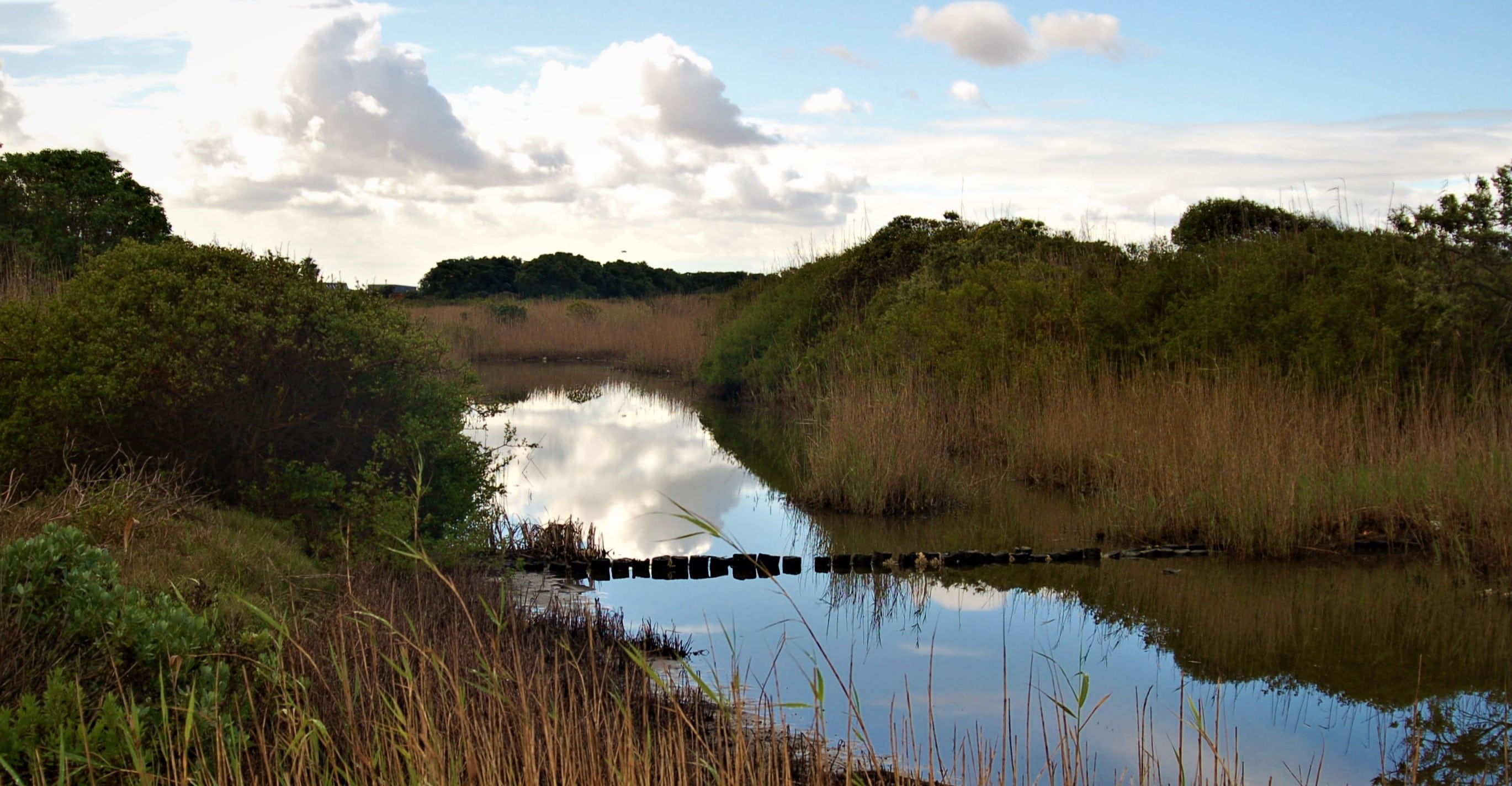 An old Cape Flats scene – easy to see why it took so long to travel across the flats before they were bulldozed & drained.

Covering around 200 hectares (500 acres), Zandvlei (pronounced ‘Zahnd Flay’) is where several rivers converge and empty into a coastal lagoon. Everywhere you look there are reed beds, backwaters and swampy bits: tough going on foot, let alone with a laden ox wagon – and it’s not hard to imagine hearing the sudden snort of a hippopotamus, once a common resident in the Cape Flats wetlands and presumably a serious impediment to free-flowing traffic. 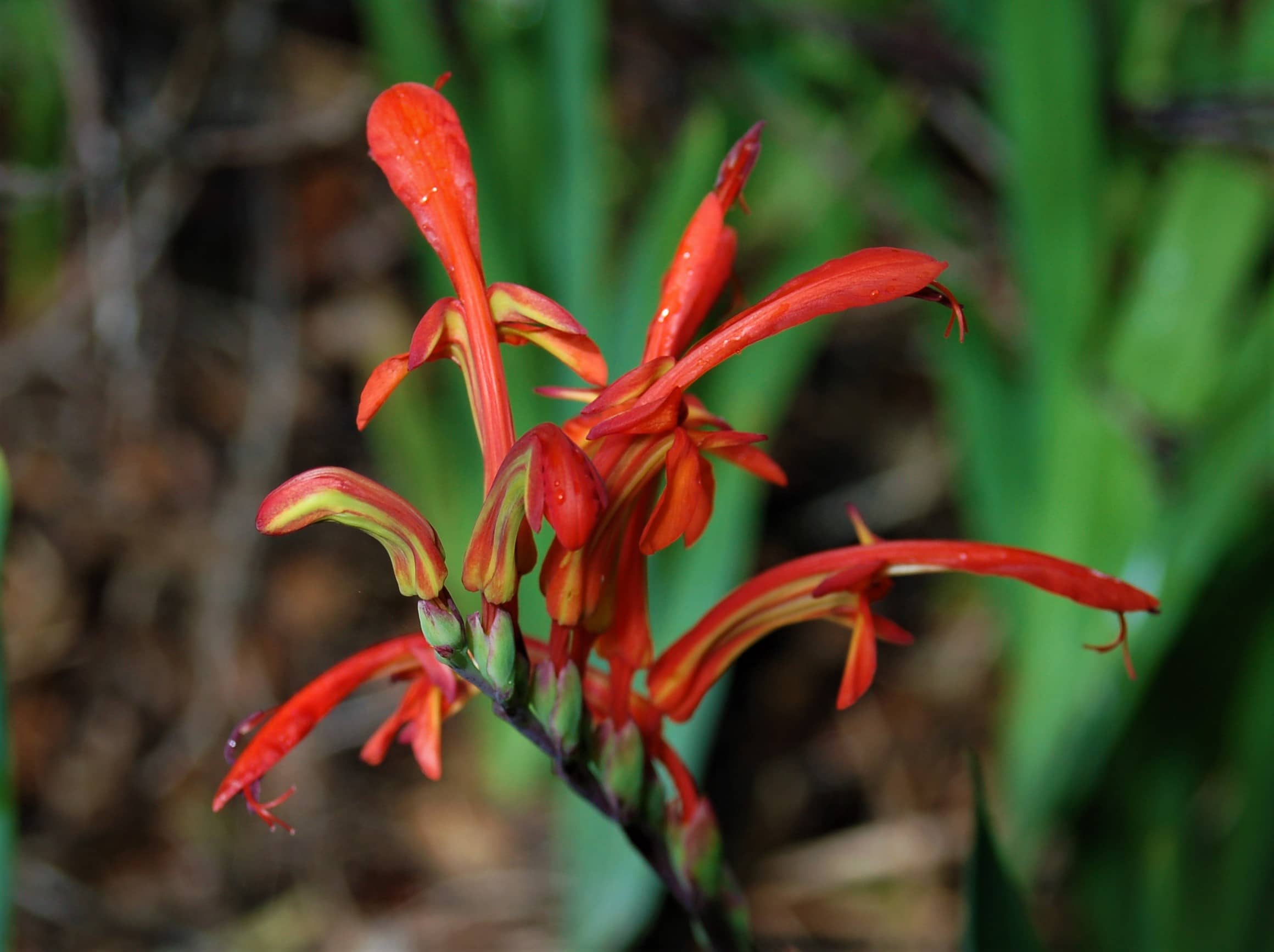 Chasmanthe aethiopica is now a common garden plant but here it is in natural habitat – it’s a Suurknol (sour bulb) in Afrikaans but a Cobra Lily in English.

The Cape Flats wasn’t so flat in the past either: Zandvlei certainly is, but take a walk at nearby Rondevlei Nature Reserve or a drive around the birdwatching paradise known as Strandfontein Sewage Works and you’ll see what I mean: large rolling sand dunes covered in almost impenetrable thick and bushy vegetation. No wonder it took so much time to drag a wagon across the landscape. 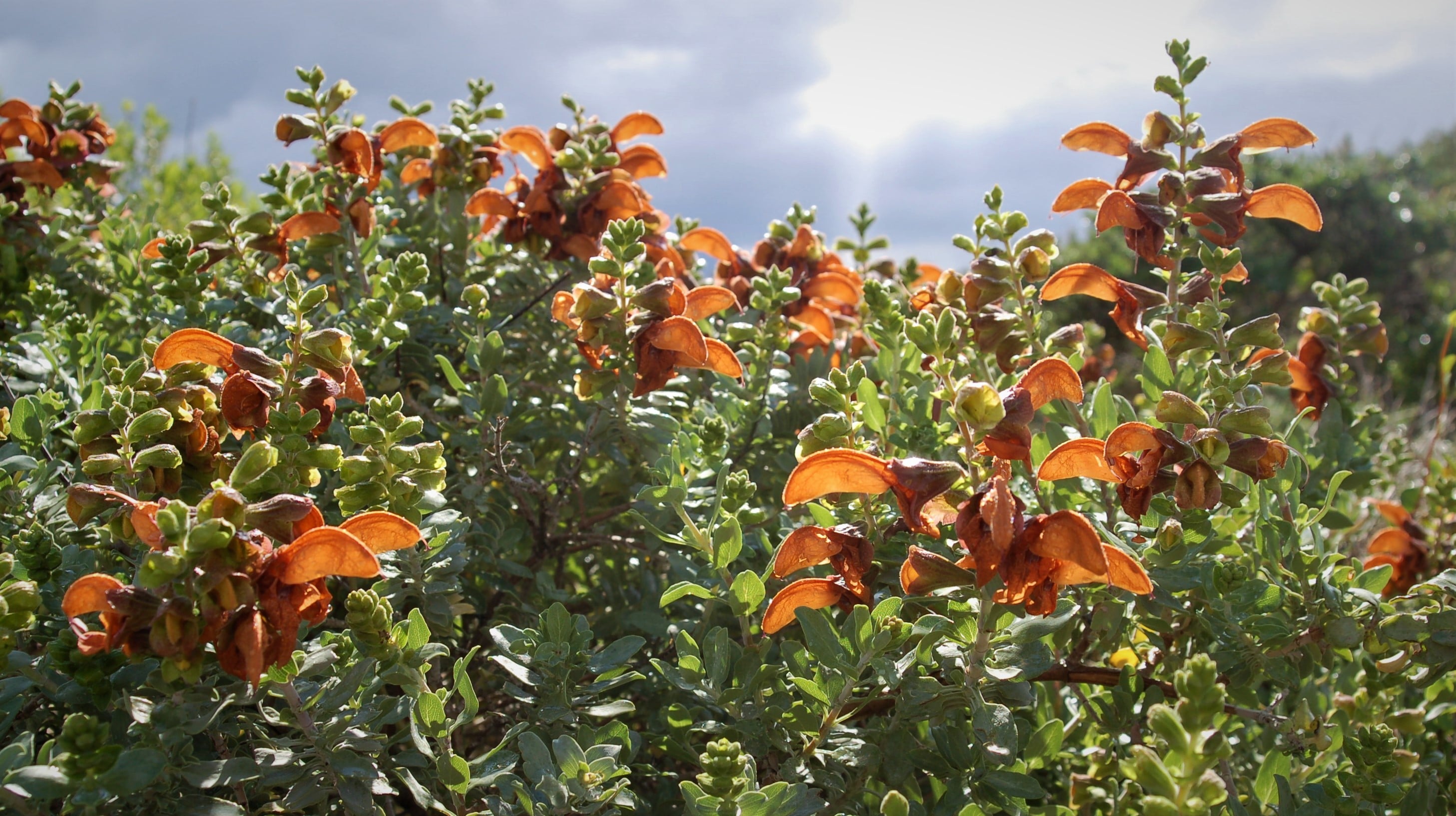 Stressed wagon-drivers struggling over the flats treated their headaches with tea made from Salvia africana-lutea; their children would squeeze drops of sugar-water from the flower for fun.

Run by the City of Cape Town, Zandvlei protects some of the last remaining patches of Cape Flats Dune Strandveld and Cape Flats Sand Fynbos, two critically endangered vegetation types that are unique to the immediate Cape Town area. The result is nearly 300 species of indigenous plants—including some exceptionally rare ones—plus around 20 mammal species and well over 150 birds. 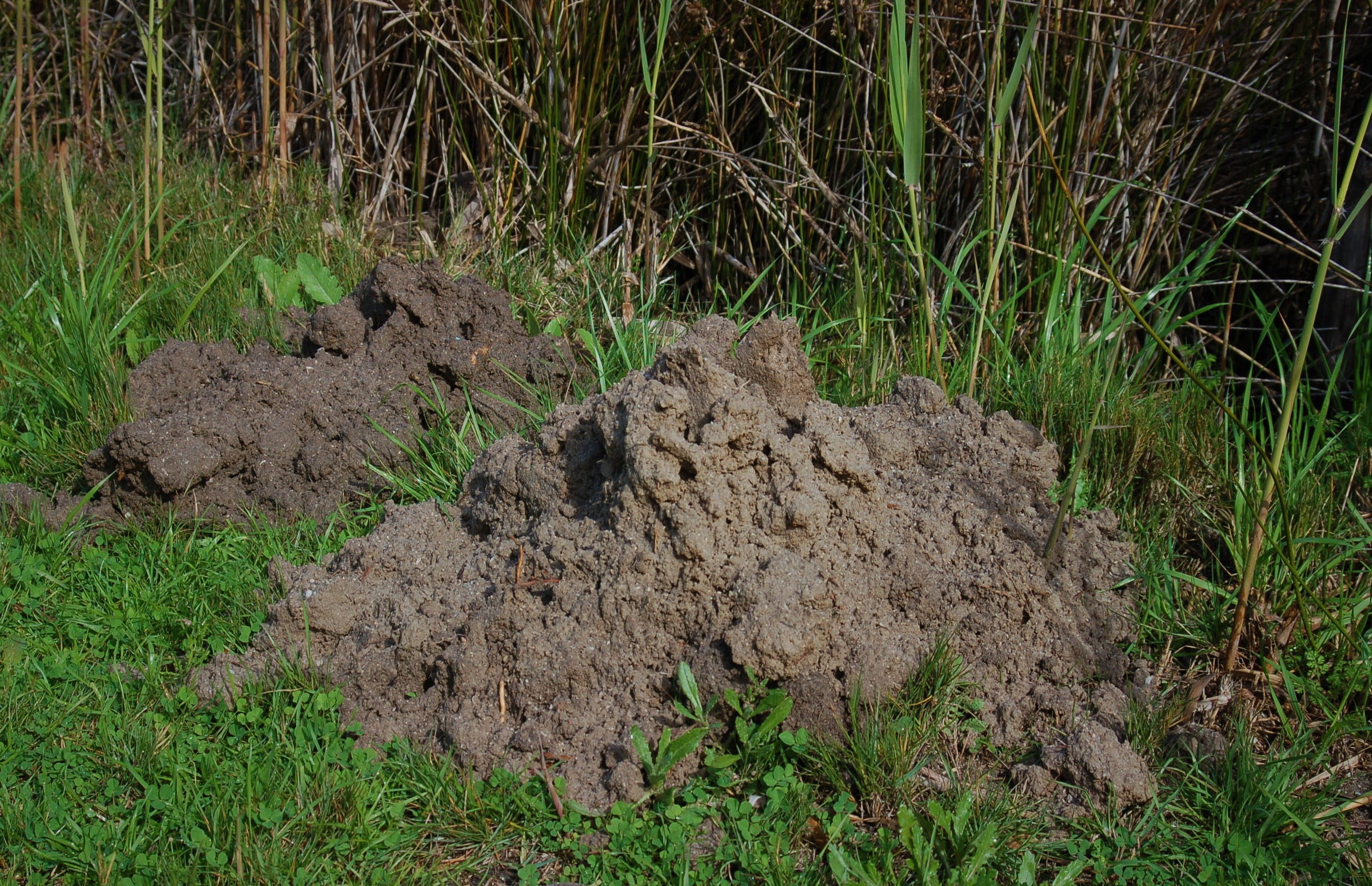 There’s no mistaking the presence of Cape Mole Rats (Georychus capensis) in the reserve, but they spend their lives underground & seeing one is almost impossible.

Unless you are lucky: this Cape Mole Rat is dead but shows off its digging claws & huge incisor teeth – used to gnaw bulbs & drag grasses underground.

It’s also home to a breeding population of the endangered Western Leopard Toad (Amietophrynus pantherinus), an endemic species that attracts a lot of local interest, not least due to its handsome appearance.

Open Monday to Friday, there’s no charge to get in and you can wander around the reserve on easy walking trails. A viewing platform overlooks the coastal lagoon which was full of birds: the usual suspects—gulls, geese and cormorants—plus some more unusual ones—stilts, avocets and egrets. Yet more birds provide the background music—bulbuls and bush shrikes—while flocks of ground-feeding waxbills and sparrows rippled like waves away from me as I walked towards them. 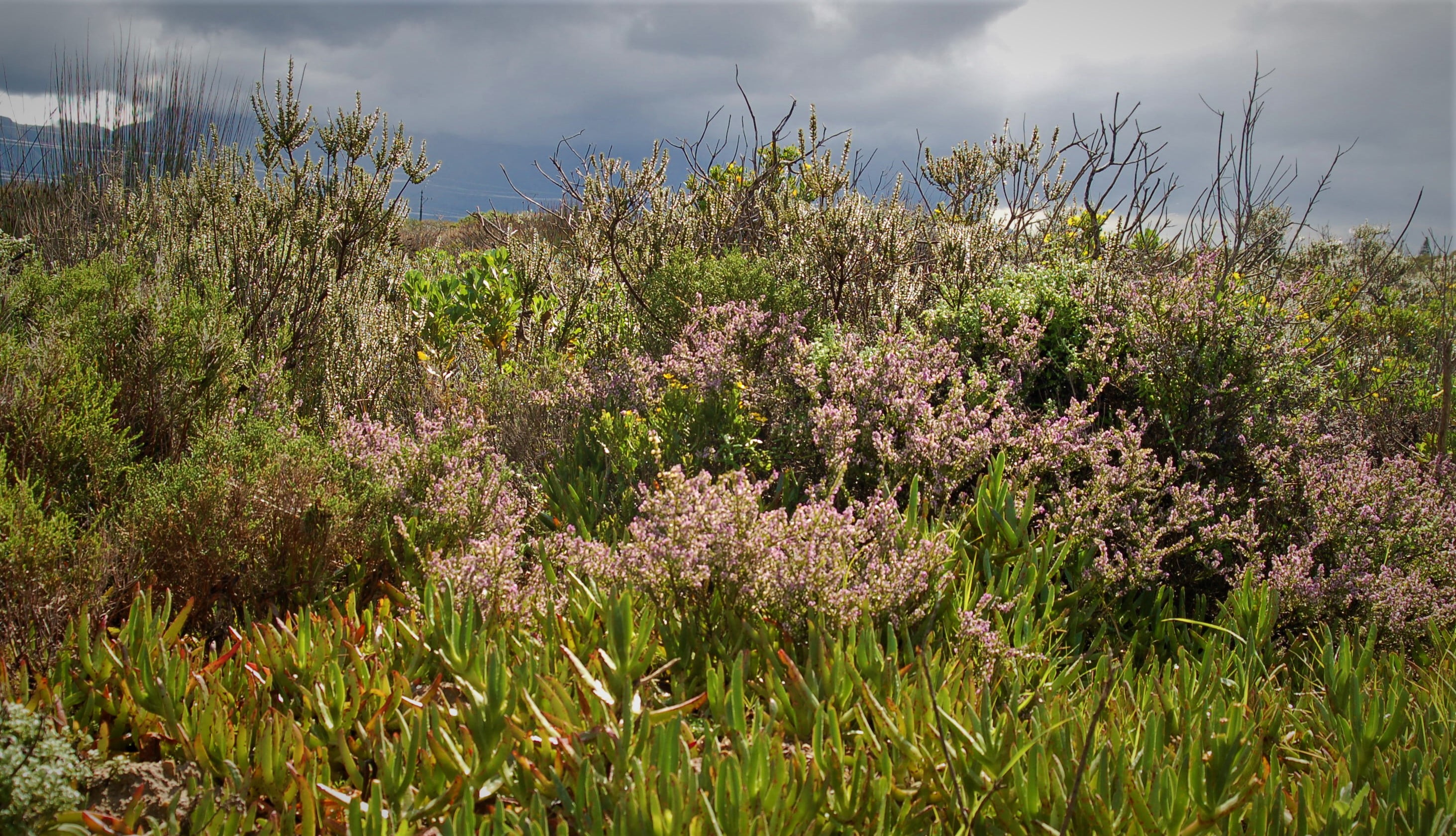 Illuminated by the winter sun, a patch of Cape Flats Sand Fynbos glows with good health – Zandvlei is one of only a few places that conserves the remaining fragments.

It’s easy enough to find: travel south down the M5 highway and turn right at Military Road where you’ll see a sign for Steenberg. Drive down Military Road for a couple of hundred metres and turn left at the first set of traffic lights into Coninston Avenue. Drive for a hundred metres and turn right onto a gravel road, immediately after the road passes over a small river; follow this road all the way to the end and you’ll see a sign for the reserve and the entrance gate. Parking and bathrooms are onsite along with staff and conservationists. 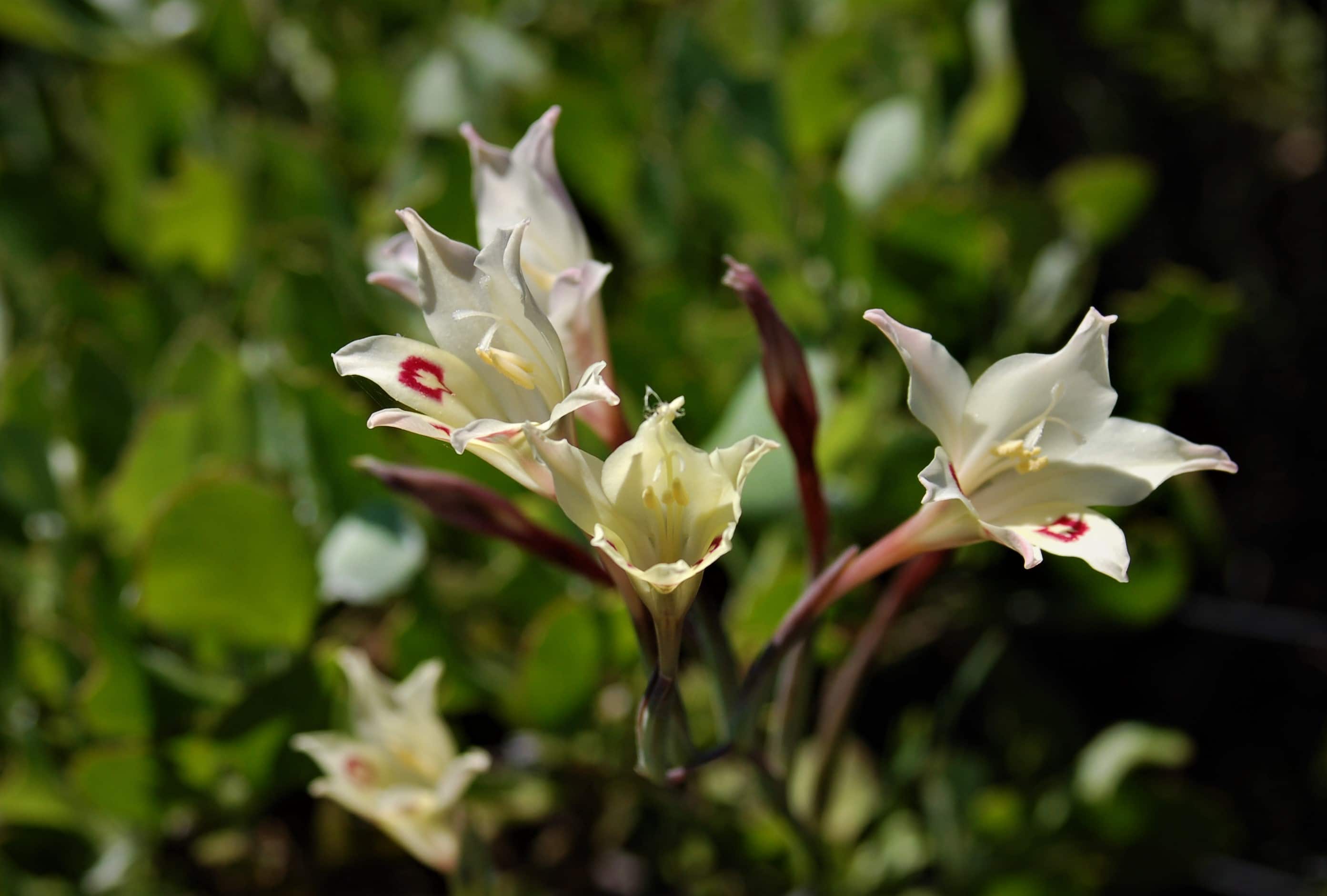 Gladiolus angustus is a rare find in the reserve but is a problem weed in Western Australia – it’s known as the Marsh Painted Lady. 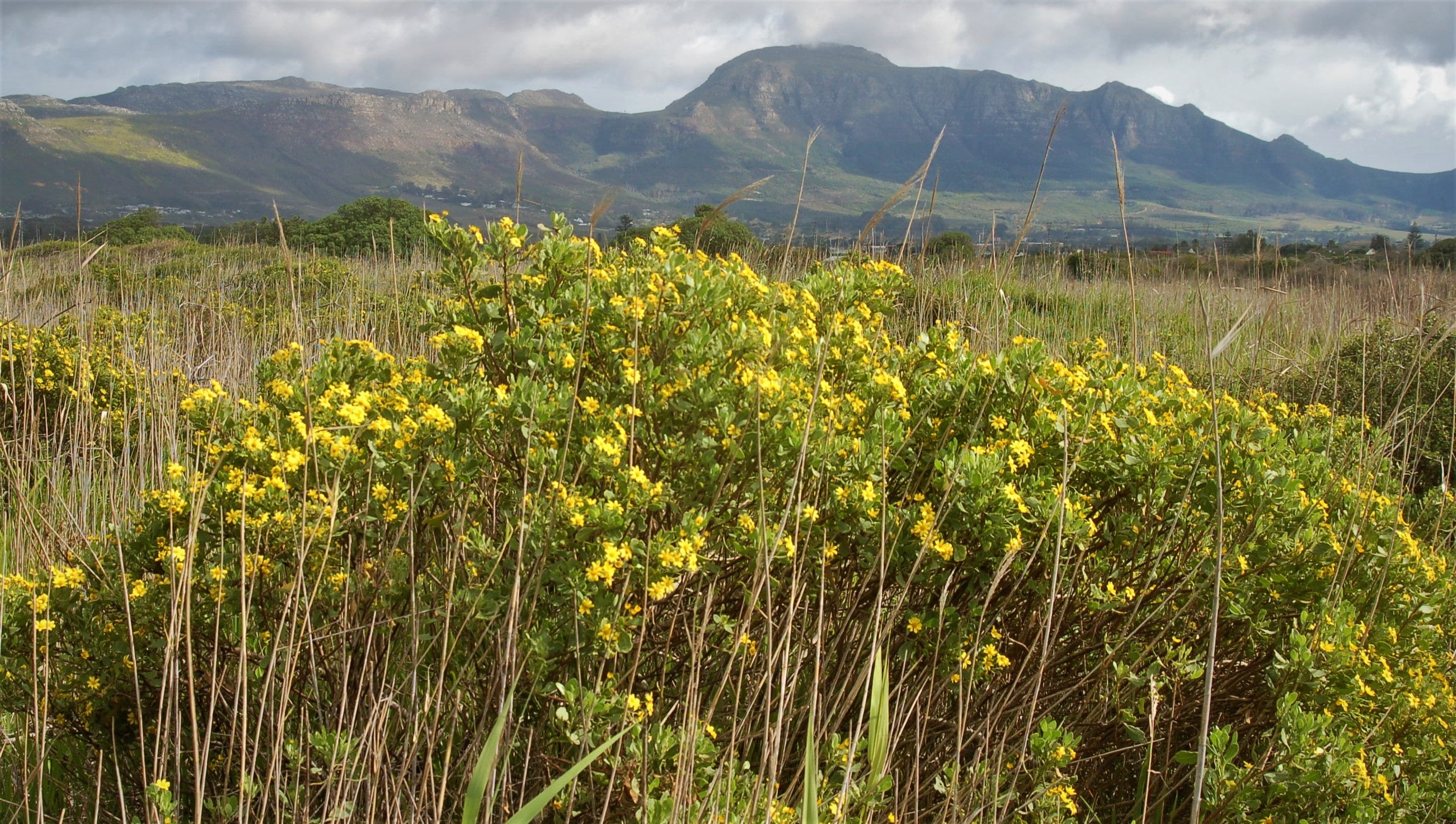 A far more common flowering plant is Bitou (Chrysanthemoides monilifera), a key player in Strandveld vegetation & one of the few plants to keep its traditional Khoisan name.